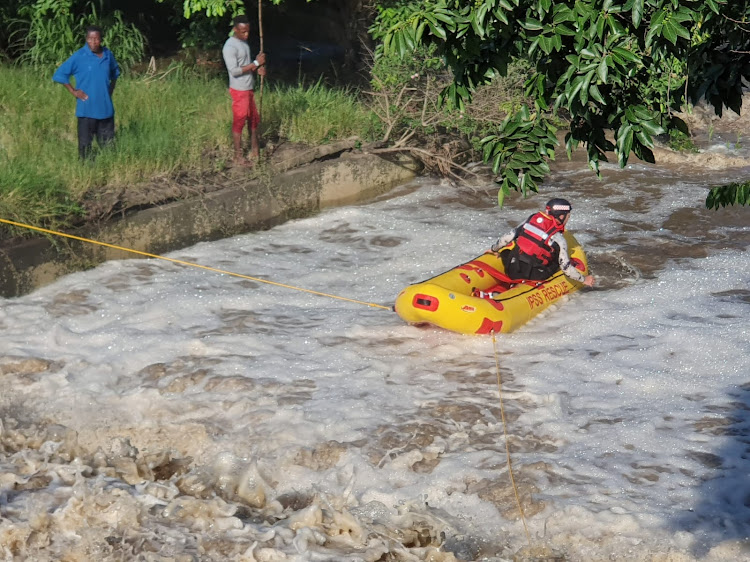 Rescuers searching on Tuesday for a nine-year-old boy, who was reportedly swept off a bridge into the Nonoti River while walking home from school.
Image: IPSS Rescue

As heavy rains lashed parts of KwaZulu-Natal on Tuesday afternoon, rescue services were frantically searching for a schoolboy who was swept into a flooded river.

IPSS Rescue's Dylan Meyerick said teams were searching the Nonoti River in Darnall, on the KZN north coast, for the missing nine-year-old.

"Rescue teams have been in the water ... looking for a nine-year-old who was walking home from school and got washed off a low-level bridge," he said.

Meyerick said rescuers had called for a sniffer dog to help them.

"The river is in full flood," he added.

Unfortunately, by 5.30pm, the search had been called off with the boy not yet found.

Inclement weather since the weekend has left at least three people dead, including a couple who were killed when their bedroom walls and roof collapsed on Monday.

A mystery senior citizen brought sunshine to residents of a KwaZulu-Natal south coast retirement village when he rowed his paddle-ski in his backyard ...
News
2 years ago