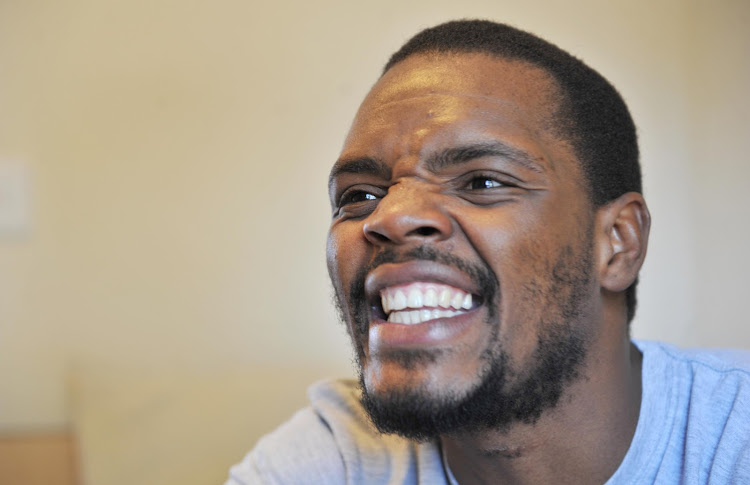 Student activist Mcebo Dlamini says his case has dragged on too long but the state says it has been ready to proceed since 2017 and it's Dlamini who has forced postponements. File photo.
Image: Gallo Images / City Press / Elizabeth Sejake

Student activist and “Fees Must Fall” leader Mcebo Dlamini's trial has been delayed again - this time because he is writing exams.

Dlamini appeared in the Johannesburg magistrate's court on Tuesday. The law student faces a range of charges including assault, public violence, theft and malicious damage to property, all linked to student protests at the University of the Witwatersrand in 2016.

His attorney, Aviwe Yakopi, said: “When we set down the matter, we didn’t have an [exam] timetable. We have the timetable now and we have seen it clashes with the trial dates.”

Rhodes might have fallen at the University of Cape Town, but his name will live on in scholarships that allow graduates from around the world to ...
News
2 years ago

Dlamini kept a straight posture and seemed unfazed while a handful of student supporters sat behind him in court.

Speaking outside court, he said the matter had dragged on and had taken its toll.

“I don’t know how I feel any more. This case has been dragging for far too long,” he said.

The case has been postponed several times but the state maintains it has always been ready to proceed. National Prosecuting Authority (NPA) spokesperson Phindi Mjonondwana said: “It is of concern that this matter has been delayed. The state has been ready to proceed with trial since 2017, and two years down the line we still have not reached that stage, due to the fact that the accused has repeatedly changed legal representation. He brought requests for postponements before court.

“Unfortunately, as the NPA our hands are tied. We will await the next available dates, which are in 2020. Hopefully by then we will be able to proceed,” she said.

Dlamini was expected to be represented by advocate Dali Mpofu, who was available only from February 2020.

“I’ve reached a stage where I am numb. I don’t feel any pain any more. Just numb and tired and wish this thing can be dealt with and get over with it. You know the people we were with in Fees Must Fall are actually now my lawyers, some of them, those who were students in 2016,” said Dlamini.

But he remained confident that the state had no case against him.

“We still maintain that it’s a waste of state resources pursuing these matters,” he said.

The Johannesburg magistrate's court on Monday dismissed an application by Fees Must Fall activist Kanya Cekeshe for leave to appeal against his 2017 ...
News
2 years ago

The court case against NSFAS 'millionaire' Sibongile Mani has been delayed to accommodate her exams.
News
2 years ago

Student artwork will be on display at 'woke' university, now being revamped

A selection of fine art students' political, socio-economic and spiritual artworks will go up on all four campuses of the Eastern Cape's Walter ...
Lifestyle
2 years ago