Life Esidimeni NGOs to be hauled in front of SIU tribunal 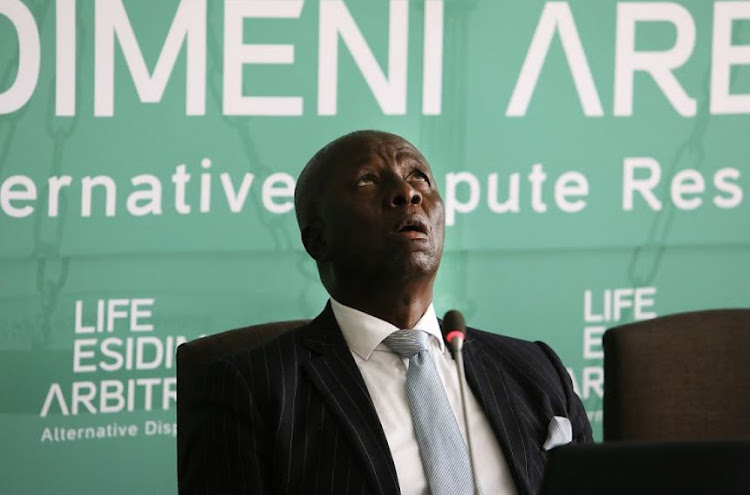 Retired deputy chief justice Dikgang Moseneke, who headed the arbitration hearings between the state and the families of victims in the Life Esidimeni tragedy.
Image: ALON SKUY/THE TIMES

Thirteen non-profit organisations linked to the Life Esidimeni scandal are to appear before a Special Investigating Unit tribunal.

The organisations are alleged to have unjustifiably enriched themselves to the amount of R5.4m through the submission of over-inflated and fake invoices, according to the tribunal.

Twenty-seven NPOs were implicated in the death of 94 mentally ill patients in Gauteng. The deaths occurred between March 2016 and December 2016.

Tribunal spokesman Advocate Selby Mokgotho confirmed to TimesLIVE that a sheriff had served the summonses on the organisations which had been implicated in the SIU investigations into the Life Esidimeni matter.

The National Prosecuting Authority  (NPA) said on Tuesday that there was insufficient evidence to bring charges in 144 cases it investigated over the ...
News
2 years ago

He said that Judge Dikgang Moseneke had referred his report into the matter to the Gauteng provincial government, which had requested the SIU investigate.

"The SIU investigation has been completed and handed over to the tribunal for arbitration. The summonses were served this week by the sheriff.

"There are six cases against the 13 organisations which pertain to allegations of fraud, which stem from accusations that invoices submitted for payments were either over inflated or fake.

"We are awaiting confirmation that the summonses have been received before the matter proceeds. If there are no objections lodged then within the next 10 working days it will proceed for arbitration," said Mokgotho.

Documents seen by TimesLIVE relating to the summonses reveal how - on top of money being recovered from the submission of allegedly bogus invoices - the SIU is seeking to recover interest the organisations earned from the irregular payments.

The tribunal, which will sit for three years, has been tasked to recover more than R14bn allegedly stolen from the state through irregularly awarded contracts, fraud and theft.

The Special Investigating Unit (SIU) said on Friday it had obtained a court order to recover R663,000 from two disgraced service providers implicated ...
News
2 years ago

The family of one of the five previously unaccounted-for Life Esidimeni mentally ill patients who were recently located by the Gauteng health ...
News
3 years ago

The Gauteng health department has located five of the 21 unaccounted-for mental health patients that were discharged from Life Esidimeni.
News
3 years ago