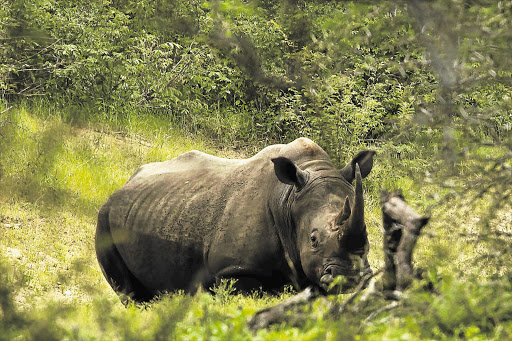 Two men suspected of poaching were shot dead in clashes with rangers at the Hluhluwe-iMfolozi Park in KwaZulu-Natal on Tuesday morning.

Ezemvelo KZN Wildlife said on Wednesday that the alleged poachers confronted rangers at around 7am in the park's Masinda area.

Other field rangers were then called to the area to search for the two men who had escaped.

A man who intended to illegally hunt wildlife inside the Kruger National Park two years ago was sentenced to an 18-year prison term after being found ...
News
2 years ago

"One team managed to track them down and a scuffle ensued when one of the two suspected poachers tried to disarm an Ezemvelo field ranger using a knife. During that scuffle a colleague of the field ranger managed to shoot the suspect when he realised that the life of his colleague was in danger," said Mntambo.

The other man was able to escape.

“The loss of lives is always regrettable but at times our field rangers are left with no choice but to defend themselves when their lives are put in danger. I applaud the skills and commitment of the teams involved in this incident and commend them for protecting our assets," he said.

Mntambo added that 113 rhinos have been killed in KZN this year so far - a reduction from the 121 killed during the same period last year.

Five people suspected of rhino poaching have been arrested in Mpumalanga.
News
2 years ago