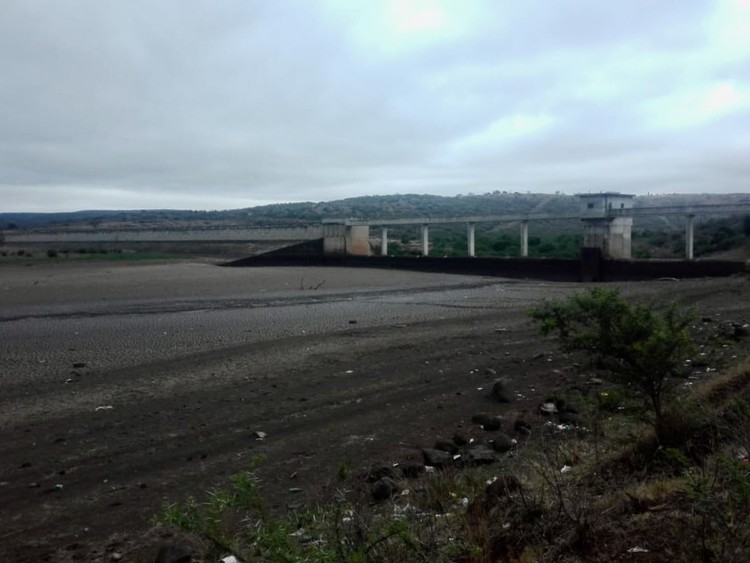 All dams supplying Butterworth and surrounding areas in the Eastern Cape are dry.

Amathole District Municipality (ADM) spokesperson Nonceba Madikizela-Vuso said 33 boreholes have been drilled in Butterworth. Eight of these are equipped and operational, four are dry, four have water, but the water is not fit for human consumption. Seventeen are being tested.

In October, the municipality announced that it needs R944 million to fight drought in the district.

The Butterworth water crisis has been long in the making. In December 2015, Mnquma Local Municipality was declared a drought disaster area by then Eastern Cape Premier Phumulo Masualle.

When GroundUp visited Butterworth last week, residents had been queuing for hours for water, provided by a tap inside a building, and fed by a borehole. Many people arrived in cars with drums for water.

Resident Anelisa Mathe, from Cuba informal settlement, said there is only one tap, but that is better than nothing. “We want a permanent solution. The ADM must build proper dams to feed our taps,” said Mathe.

She had been queuing since 7am. It was now lunchtime.

“I understand why people have brought big drums. I’m only crossing fingers that water does not run out before I get [to the head of the queue],” she said.

Nolitha Kobese had brought five 20-litre buckets. “I’ve been here since 8am. I left my buckets here, went to town, and I’m back now. As you can see, there are more than ten people in front of me and with many buckets,” she said.

Taps ran dry months ago in surrounding villages, such as Ndabakazi and Kwezana, which are now depending on water tankers.

The Democratic Alliance has called for the SA Human Rights Commission (SAHRC) to intervene in the plight of KwaZulu-Natal residents who face a water ...
Politics
2 years ago