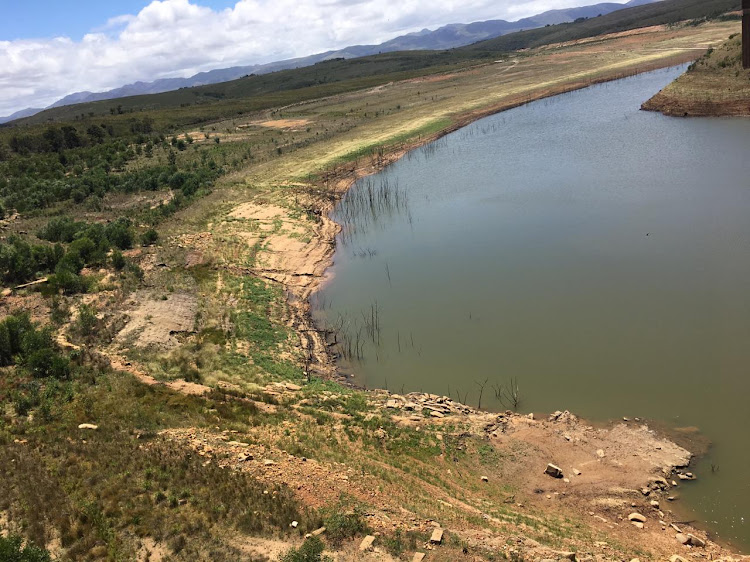 The level of the Impofu Dam is 16.47%.
Image: NAZIZIPHIWO BUSO

Nelson Mandela Bay mayor Mongameli Bobani will sign the declaration for the city to maintain its classification as a disaster area within 48 hours.

This was confirmed by mayoral committee member Andile Lungisa during a visit to the Impofu Dam on Thursday, reports HeraldLIVE.

Lungisa was flanked by the metro's water and sanitation director Barry Martin and the acting executive director of infrastructure and engineering, Zukile Nogongo.

With no end in sight to the drought that has been plaguing the region, Lungisa said the municipality had been interacting with multiple spheres of government about the situation.

He called for people to save water.

“In the future we must be able to build the biggest water scheme ever,” he said.

“We want to build a desalination plan, we are having those talks with Coega.”

Martin said the level at Impofu was too low to extract water.

I'm on my way to Impofu Dam w/ the MMC for Infrastructure & Engineering Andile Lungisa.

He is leading a delegation that is assessing the drought situation.

The dam dropped below its lowest intake level- leaving the city with a shortage of 35 mega- litres/day.
?: @ecoetzee pic.twitter.com/ki2z3if4ya

Water from the Kromme River comes in through pipelines from the Churchill Dam west of Humansdorp and then into the much larger Impofu Dam.

Churchill is now at 91% and needs to overflow into Impofu for the situation to improve. 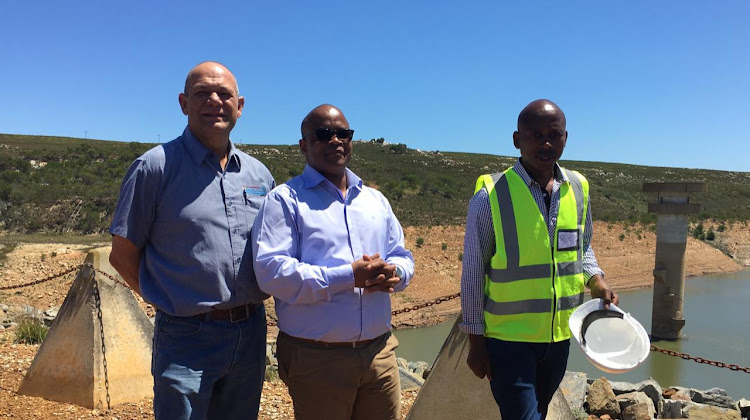 “We have received rain from the upper catchment area of the dam ... but for that to have an impact, Churchill has to fill up and fill Impofu up,” Martin said.

“As you can see we are in a dire situation.”

Three weeks ago, the water supply pipe to the home of an elderly couple in Port Elizabeth burst
News
1 year ago

Four people were lucky to escape when a taxi was swept into the flooded Duzi River on Wednesday following heavy rainfall in KwaZulu-Natal.
News
1 year ago