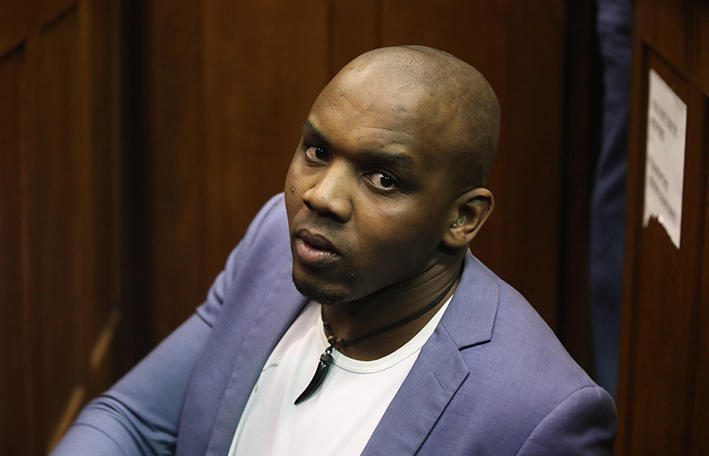 The roommate of slain Mangosuthu University of Technology (MUT) student Zolile Khumalo told the Durban high court that her ex-boyfriend, who is on trial for Khumalo's murder, threatened to kill her if she left him.

Nosipho Bhengu, who is under cross-examination by the defence, took the witness stand on Monday as the second week of Thabani Mzolo's  trial got under way.

Bhengu told the court that Mzolo, Khumalo's ex-boyfriend, had been abusing her and that to her knowledge, she had ended the relationship just two days before her death.

"The accused became abusive during the relationship. You could say he was over-possessive over her.

"I remember incidents when she would come back with bruises on her neck and she said he had strangled her because he didn't want her to end the relationship," said Bhengu.

"He said that if she wanted to break up with him he was going to kill her."

Bhengu was in the room when Mzolo, 23, allegedly gunned down Khumalo‚ after conning his way into her room at the Lonsdale student residence in central Durban in May last year.

Khumalo died on the floor as a result of gunshot wounds to her head and chest. Mzolo was arrested shortly after.

Mzolo has been charged with murder as well as charges pertaining to the unlawful possession of a firearm and ammunition.

Bhengu was soft-spoken, sometimes inaudible, and fiddled with her hands as she told the court about the night Khumalo was killed.

"He asked why Zoe took him for granted, and Zoe asked what she had done. She moved closer to me by the bed, and she was crying," said Bhengu.

Bhengu told the court that she stood up to call for help from their window when she heard gunshots and saw Khumalo lying on the floor in a pool of blood.

Dlamini asked Bhengu about the early part of the Mzolo's and Khumalo's relationship.

“It [the relationship] was okay. They were in love. Zoe was happy,” she replied.

Dlamini will continue his cross-examination on Tuesday.

Lawlessness‚ access to guns‚ an inferiority complex and other factors can be reasons why intimate partners kill their loved ones at such a shocking ...
News
4 years ago

Shocking details of how Zolile Khumalo cowered on the floor before she was shot - and was kicked as she lay bleeding - were shared in the Durban ...
News
4 years ago