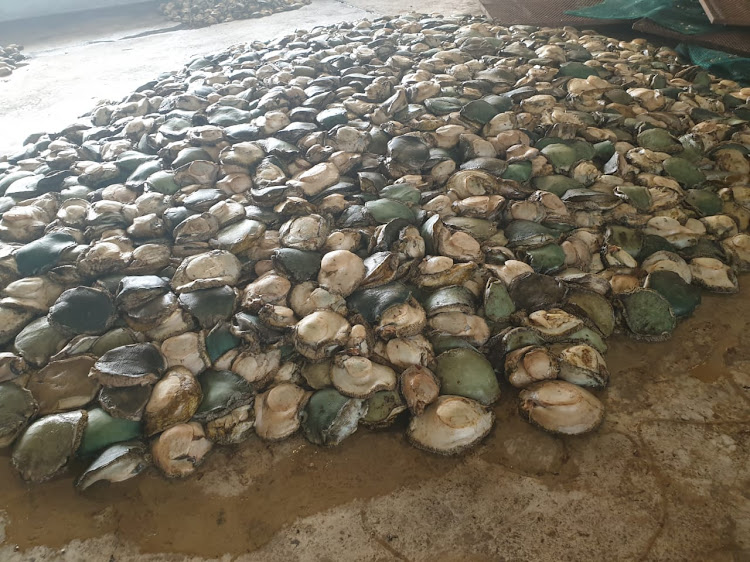 Police received a tip-off about the consignment of abalone which was destined for Mozambique.
Image: Saps

Abalone worth an estimated R4m has been found on a farm at Hekpoort, west of Johannesburg.

Police spokesperson Brig Mathapelo Peters said the West Rand flying squad received a tip-off on Monday night that a truck from Cape Town, loaded with fresh abalone, was headed to the farm.

Peters said the truck was expected to then transport the processed abalone to Mozambique.

She said when officers arrived they discovered an illegal processing and packaging plant, where raw and processed abalone was found.

Police also found equipment and chemicals suspected to be used during processing and packaging of the abalone.

Further investigation led officers to two houses on the farm, where seven men and a woman were arrested.

Two illegal firearms, one of which had been reported stolen in Klerksdorp, and ammunition were seized, along with cash.

Western Cape police kicked off their festive season operations at the weekend with multiple arrests and a R1.2m crystal meth bust in a posh Cape Town ...
News
1 year ago

Poached abalone worth around R1.5m was seized in Cape Town on Thursday
News
2 years ago