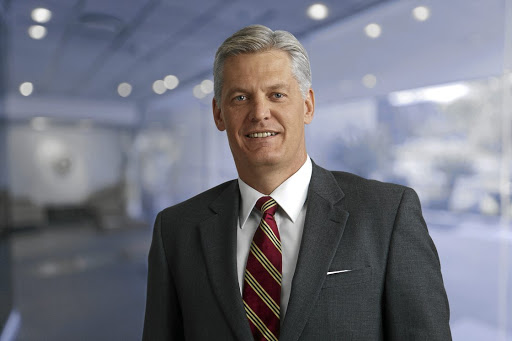 Andre de Ruyter was a surprise choice for Eskom CEO but public enterprises minister Pravin Gordhan said that after extensive interviews all ministers agreed on the appointment.
Image: Supplied

Andre de Ruyter has been appointed head of  Eskom. He takes over after months of speculation about who would replace Phakamani Hadebe, who resigned in July.

Here are four things you need to know about De Ruyter:

De Ruyter's appointment was met with scepticism by some members of the public and politicians, who cited his lack of SOE managerial experience as a concern. He was the CEO of packaging company Nampak, a position he held from March 2014.

De Ruyter was one of 142 candidates for the Eskom position, eight of whom were employees of the power utility.  Public enterprises minister Pravin Gordhan said after extensive interviews, all ministers agreed on Ruyter's  appointment.

“The final interview process was undertaken, after which the panel ranked three candidates from six. After further interviews, a list of three candidates with the indication of a preferred candidate was submitted to the shareholder in terms of the memorandum of incorporation (MOI) between Eskom and the government.”

A female rhino, her calf and two zebra were electrocuted after an Eskom electricity pylon collapsed at Tshwane’s Rietvlei Nature Reserve.
News
2 years ago

Eskom warned on Saturday that the power system remained under strain but said that no load-shedding was expected over the weekend.
News
2 years ago