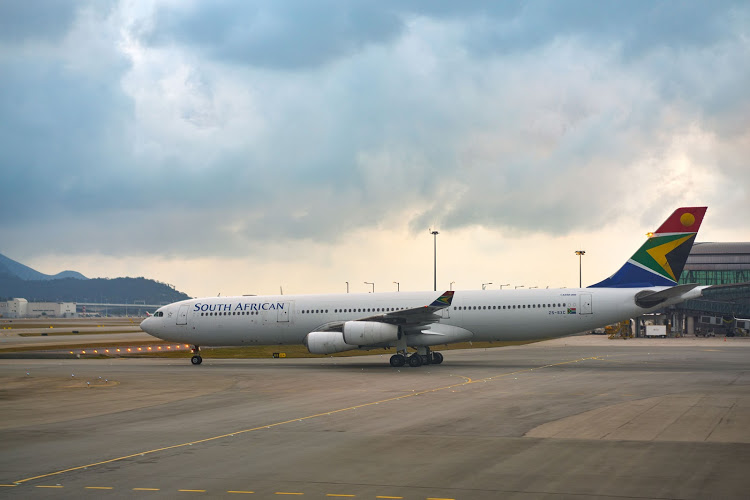 Numsa says Air Chefs will join the union and the SA Cabin Crew Association in their strike which started last Friday. Numsa said Comair also has a strike certificate and 'we are coming after Acsa ... If Acsa shuts down, none of the planes are moving.' File photo.
Image: 123RF/TEA

A secondary strike that could have an impact on catering is on the cards, as talks between unions and SAA remained deadlocked on Wednesday.

“As of Tuesday, we served them with a notice of intent to embark on a secondary strike as Air Chefs and let me tell you what impact that is going to have. It will not only affect SAA comrades, but it will affect a lot of airlines,” said Hlubi–Majola.

“Comair has a strike certificate. We are coming after Acsa (Airports Company SA). If Acsa shuts down, none of the planes are moving,” she said.

Comair last week said it had contingency plans in place to mitigate any effect the SAA strike may have on its flight schedules.

Numsa said there would be “no retreat, there will be no surrender” regarding the strike.

Public enterprises minister Pravin Gordhan is set to meet unions representing striking SAA employees on Tuesday in an effort to resolve the stalemate ...
Politics
2 years ago

Hlubi-Majola said in the same way that SAA had found money to raise salaries for pilots, it should find a way to do so for other employees.

She charged that efforts to provide solutions to SAA had fallen on deaf ears. Instead, she said, management had failed to produce its financial records.

Numsa and SA Cabin Crew Association (Sacca) members have been on strike since Friday.

On Tuesday, public enterprises minister Pravin Gordhan issued a statement after meeting with striking unions, describing it as an “open and frank exchange of information”.

A statement from his office said: “While the minister reiterated the government's commitment to saving the airline, he strongly urged the unions to work with the airline's management to find a speedy resolution to the impasse. The ultimate aim is to ensure that both jobs and the airline can be saved.”

Gordhan was clear that government was “not in a position to make money available to the airline”.

“The pattern of bailouts has become a moral hazard,” he said. “Over the past three years, the government has provided more than R20.5bn of fiscal support to SAA. No further financial resources can be advanced to the carrier. The government is facing severe financial constraints.”

SAA offered workers a 5.9% increase. They are demanding 8%.

Strike-hit SAA to resume flights to destinations in Africa

South African Airways (SAA) have resumed all it's international flights and will begin flying passengers to six African destinations from Tuesday.
News
2 years ago