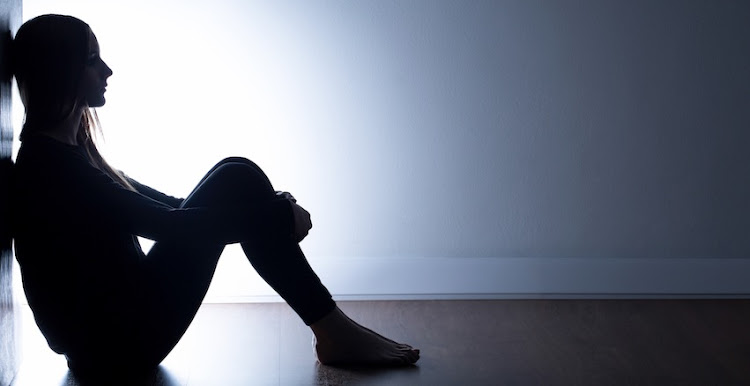 One in four teenage girls with depression in South Africa is likely to contract HIV during their adolescence, according to a new study.
Image: 123RF/Katarzyna Białasiewicz

Addressing mental health problems among SA's teenage girls could be key to dealing with the country's HIV pandemic.

The study found that one in four teenage girls with depression in South Africa is likely to contract HIV during their adolescence - and that addressing their mental health problems could curb the spread of the disease.

The study, published by the American Journal of Epidemiology, revealed that interventions targeted at improving mental health among adolescent girls could help stem the spread of HIV, not only in SA but throughout sub-Saharan Africa.

Grade 12 girl kills herself after losing her new cellphone

Just days before matric pupils were due to wrap up their final exams, the Gauteng education department on Tuesday reported it had lost two pupils to ...
News
2 years ago

Jennifer Ahern, professor of epidemiology at UC Berkeley and senior author of the study,  said the link between HIV and depression has always been there, but it was unclear whether depression led to HIV or if HIV led to depression.

“Probably it goes both ways, but we were able to show that, at least in this population, the arrow certainly goes one way, which is depression leads to HIV,” she said.

In conducting the study, the team collected data from 2,533 girls between the ages of 13 and 21 living in rural Mpumalanga. Each teen was screened for symptoms of depression at the beginning of the study and then tested for HIV annually for six years.

Over 18% of the adolescents had depression at the beginning of the study. This is nearly twice the national average of SA.

“Of those with depression, nearly 11% subsequently contracted HIV, while only 6.5% of those without depression eventually became infected," the study found.

The study looked at teen’s social lives and behaviour that could explain the relationship between depression and HIV.

It found that many teenage girls who experienced symptoms of depression either did not have close relationships with their parents or had been physically abused by their partners. The two factors appeared to be the major contributing factors to contracting HIV.

Climate change may reverse the gains of programmes aimed at preventing mother-to-child transmission of HIV, an expert in the field has warned.
News
2 years ago

“Partner violence in response to condom negotiations, and a lack of parental monitoring, had the strongest association with both depression and HIV, which indicates that the majority of the relationship between depression and HIV may be influenced through those factors,” said Dana Goin, a postdoctoral scholar in the department of obstetrics, gynaecology and reproductive sciences at the University of California, one of the lead authors of the study.

She said structural factors proved not to be a contributing factor among the teenage population.

The team said this was the first study to examine the relationship among girls and young women in sub-Saharan Africa.

While residents in rural areas had little or limited access to mental health services, co-authors of the study at Wits and the University of Oxford said they were currently working to develop community-based interventions that could help identify and support girls with depression.

Alan Stein, an adolescent psychiatry professor at Oxford, said there is an increasing need for psychological treatments for depression. These can be delivered physically by counsellors and community healthcare workers, but possibly online too.

“There is also the possibility of delivering these kinds of treatments using the internet or mobile phones, with the support of phone calls from peer mentors. This is something we are working on,” he said.

SA has a critical shortage of mental health services for children and teenagers.
News
2 years ago

'Last year on November 4. It nearly almost ended for me. I was in a dark pit with the wrong company, lonely, hurt and frustrated'
TshisaLIVE
2 years ago