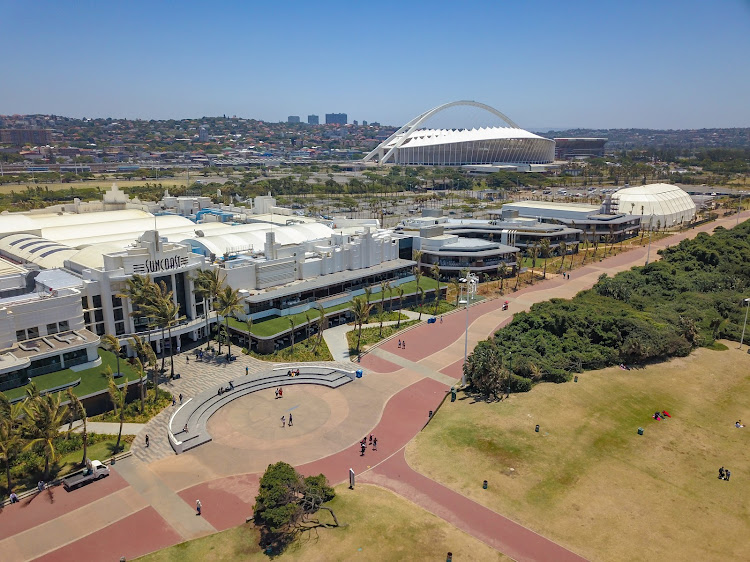 A man was found dead at Suncoast Casino in Durban on Tuesday, days after two bodies were found on the beach nearby.
Image: Tsogo Sun

A 49-year-old Durban man, whose identity is known to TimesLIVE, was found dead in a  hotel room at Suncoast Towers, part of the popular beachfront casino complex, on Tuesday morning.

"It is alleged on November 19 at 5.45am, a body of 49-year-old man was found lying on the floor in one of the hotels in North Beach," said Col Thembeka Mbele.

"The circumstances surrounding the incident are being investigated. The postmortem will determine the cause of death."

Mbele said an inquest docket was being investigated by Durban Central police.

The hotel confirmed the incident. "The matter is currently under police investigation, and the hotel management is co-operating with the police. Our sympathies are with his family and friends," said the hotel in a statement.

WATCH | Durban beach stabbings: what we know so far

The families of a Chatsworth man and woman have been left stunned after their lifeless bodies were found with stab wounds on sand dunes near Suncoast ...
News
2 years ago

On Monday the bodies of a 24-year-old man and a 50-year-old woman were discovered on the sand dunes a stone's throw away from the same sea-facing hotel.

The bloodied bodies of Fathima Muhammad, a widowed Chatsworth mother, and tiler Kresen Chandiah were stumbled upon by a vagrant who had been collecting waste on the beach.

Muhammad stained multiple stab wounds to her body, while Chandiah was found with a kitchen knife stuck in his chest.

A 31-year-old woman has been arrested for allegedly stabbing to death a 51-year-old man in the corridors of the upmarket The Capital Pearls, north of ...
News
2 years ago