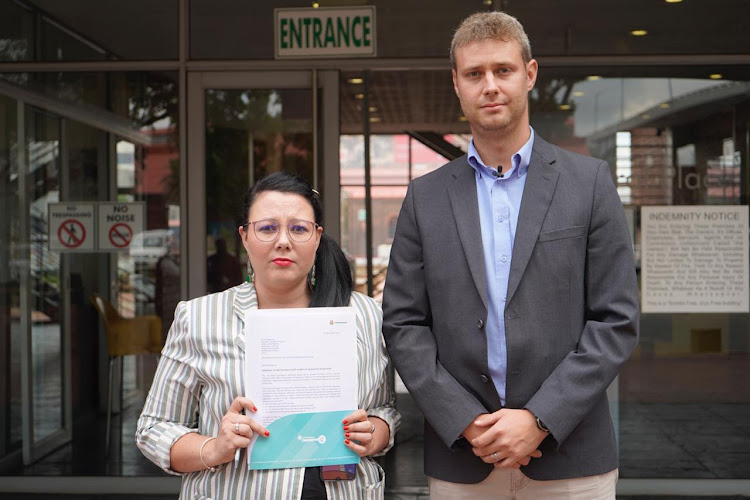 The minority rights organisation said it sent the letter following a long history of what it claimed was mismanagement and the division of communities by Lesufi.

The letter is one of a raft of measures the organisation had taken in its bid to have Lesufi removed as MEC, including an online petition calling for his dismissal.

Before presenting the letter at the premier's office, AfriForum started by laying criminal charges at the Johannesburg Central police station against the head of the Gauteng education department, Edward Mosuwe, relating to the department’s alleged misappropriation of more than R900m.

“It is a disgrace that the premier still allows Lesufi to hold office despite the damage he has already inflicted on the Gauteng education system and on social cohesion in the country,” AfriForum head of youth, sport and culture, Henk Maree, said after the letter was sent.

Maree claimed that the school admissions process in Gauteng was chaotic and that Lesufi did not accept responsibility for his share in this crisis.

In the letter, AfriForum said it had received numerous complaints from parents about the placement of their children for 2020, despite the parents having followed the process to the letter.

“Similar problems plagued the online placement system in 2018, but AfriForum was assured that all glitches would be ironed out by 2019. This has not been the case – in fact, there are more problems now than in 2018,” the letter read.

After the release of the letter, Lesufi remained defiant.

Bigger classes on the cards as Gauteng has to find places for 14,000 pupils

As thousands of grade 1 and grade 8 pupils remained unplaced at Gauteng for next year, the Department of Education said it was working with "high ...
News
2 years ago