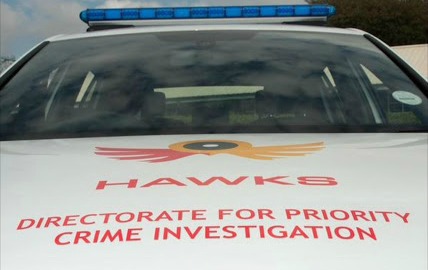 The two men are expected to appear in court on Friday.
Image: Supplied

Two directors of a Port Elizabeth “investment firm” were arrested on Thursday with the Hawks saying the men had allegedly duped investors out of about R17m.

“The investment period was a six to ten-year term and they promised a 15% to 45% return per annum.”

Ten people implicated in a dubious multi-million rand toilet tender in the Eastern Cape were arrested in a dramatic pre-dawn swoop across four ...
News
2 years ago

Ngcakani said the investigation also revealed that the suspects’ company was not an authorised Financial Service Provider and there was no record of an application from the company to be registered, reports HeraldLIVE.

“The Hawks investigations further revealed that the total amount which investors deposited into the alleged illegal investment company amounts to R17m,” she said.

“These investments were allegedly used to pay monthly salaries to the suspects and their employees.”

The two company directors are expected to appear at the Port Elizabeth Magistrate’s Court on Friday.

Two people are alleged to have used unclaimed corpses to defraud insurance companies, the Hawks said on Thursday.
News
2 years ago

Colleen Lingwood lay in bed, speaking softly to the friends who had gathered at her living wake.
News
2 years ago