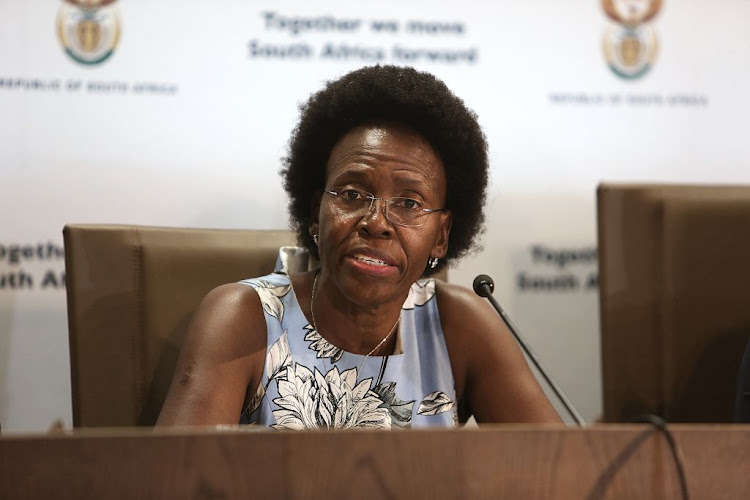 Thezi Mabuza, acting commissioner of the National Consumer Commission, briefed the media on the outcomes of the Ford Kuga investigation in Hatfield, Pretoria, on November 29 2019.
Image: ALON SKUY

The National Consumer Commission believes the settlement agreement it reached with Ford SA over its luxury Kuga SUVs which caught fire on the country’s roads, is “fair and equitable”.

The commission announced in Pretoria on Friday that the settlement had been reached with the global motoring giant.

It brings to an end a two-year investigation which the commission undertook after it received more than  160 complaints from Kuga owners.

The company has agreed to pay a R35m fine, while consumers have three options: a R50,000 cash settlement, dispute resolution or to fight a claim in court.

The fine is payable within 30 days of the Consumer Tribunal making it an order.

The commission said if the R50,000 settlement was accepted, the payment would be “a full and final settlement of all claims that the consumer may have against Ford as a result of the damage or recalled Kuga vehicles”.

Owners who want more than the offered compensation may submit a claim against Ford under the Consumer Protection Act.

The commission said if owners went the route of civil court action against Ford, the Consumer Tribunal would provide those who lost their vehicles with the documents needed to help them in their court battles.

Thezi Mabuza, acting commissioner of the commission, said of the settlement: “It brings an end to a long investigation which began in 2017. It is a good agreement which has seen the largest fine paid ever in the commission’s history.”

Mabuza said: “The investigation showed that Ford was involved in prohibitive behaviour under the act. Ford have agreed to this. Owners of these vehicles will be helped.

“We achieved what the law empowers us to do, and that is to protect the South African consumer.”

The National Consumer Commission said on Friday it had reached a settlement agreement with Ford SA to offer compensation to motorists affected by the ...
News
1 year ago
Next Article