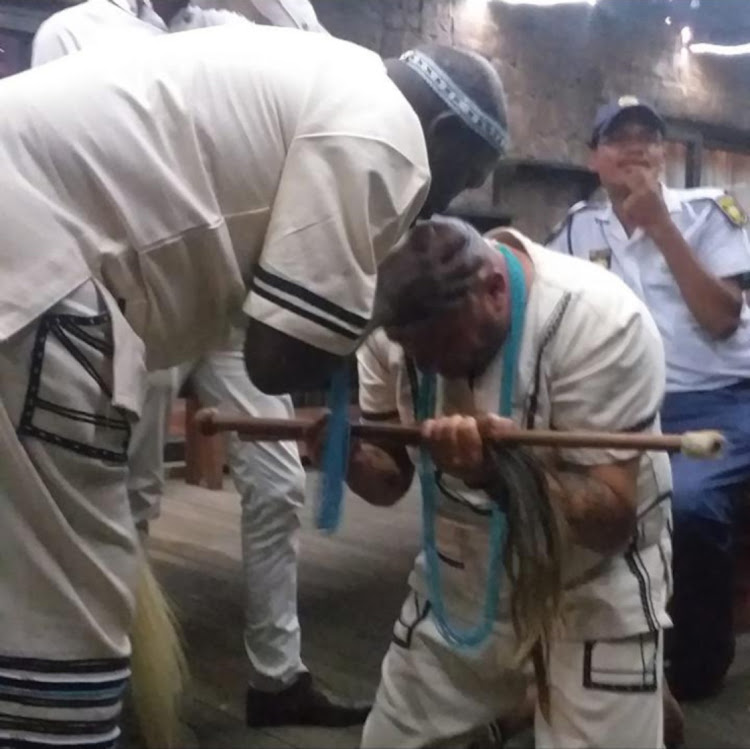 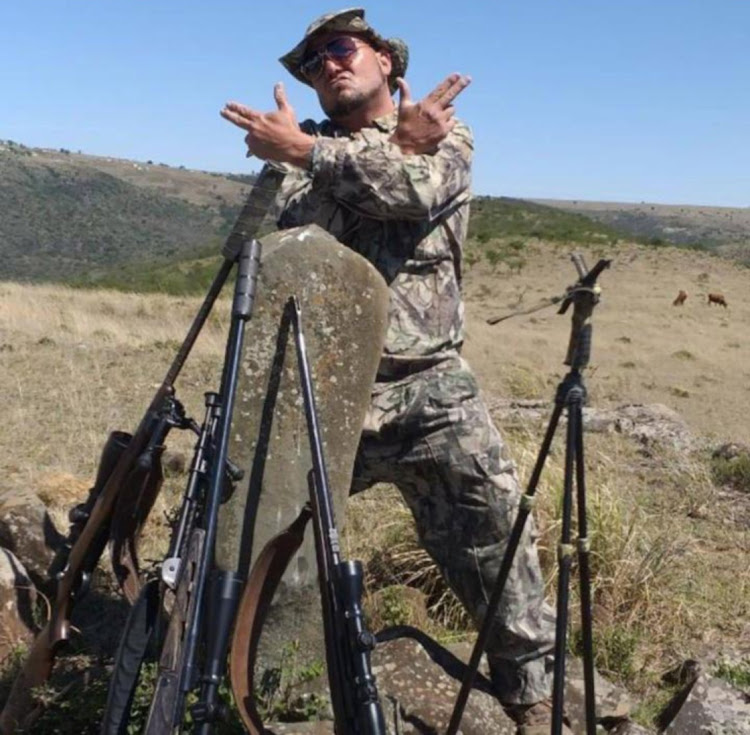 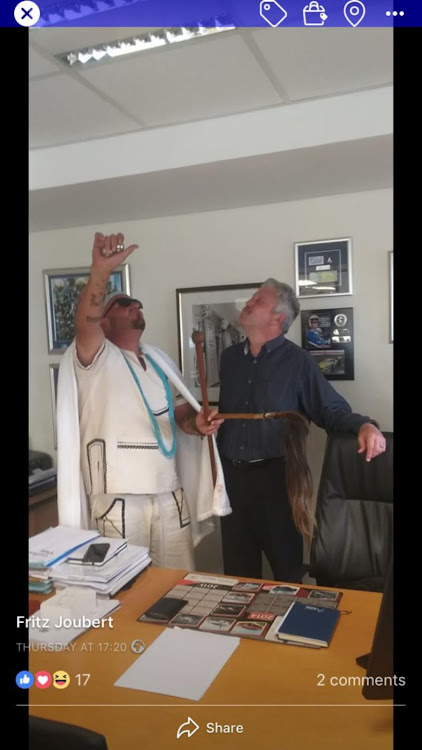 Horrifying videos, apparently taken by farmer Fritz “Majeke” Joubert, 45, give some inkling into what drove him into a frenzy of violence in which he beat his sangoma trainer, Anele Hoyana, 40, to death with the butt of a rifle.

Police confirmed the fatal beating at Geluksdal farm, Brakfontein, near Gonubie, and added that one of their officers shot Joubert dead in self defence after the thickset power line contractor attacked him in the early hours of Saturday.

The brutal events, which saw Joubert grab Hoyana's two children — one a two-week infant, the other a two-year-old toddler and lock them in a bathroom — were recorded in two macabre cellphone videos that Joubert posted on social media before his death.

The first video, filmed at 4.54am on Saturday, depicts a red-faced Joubert in a Springbok jersey, his face shiny with sweat, taking imaginary viewers through his smart double-storey farmhouse as he rants in English, Afrikaans and Xhosa about being “the chosen one”. In a slurred voice, he shouts, “Amandla! Viva!”, and swings the camera on to Hoyana, who sits with his head bowed in a chair at the bar.

Joubert, panting, proclaims: “Everyone thinks I am mal, but I want to show the world to know how Satan [points at Hoyana] sits there.”

In a second video there is mayhem, as a bare-chested Joubert calls Hoyana's wife to “kom kyk!”, as he bludgeons Hoyana, who is on the ground, repeatedly with his rifle.

Joubert can be heard swearing and seen showing the middle finger. He shouts: “P**s, kyk, kyk ... Viva, Viva,” while Mrs Hoyana screams hysterically in the background and calls out, “Anele!".

In another picture on his Facebook page, Joubert stands in camouflage with his fingers symbolising gangster-style guns, with three long-barrel weapons, two of them with silencers screwed on, at his feet.

Another picture shows Joubert on his knees, head bowed, in traditional Xhosa regalia, with a strap of blue beads around his neck. An African, also in traditional gear, kisses the top of his head.

East London police spokesperson Capt Hazel Mqala said: “It is alleged that the farm owner, a 45-year-old male, was with his sangoma friend and wife and two children, who were residing temporarily on the farm. They were socialising together in the early hours of Saturday when an argument ensued.”

She said the argument escalated into a physical fight, which moved outside the house to the deck. “The farm owner assaulted the 40-year-old male friend with his fists and a rifle butt, resulting in the victim sustaining severe head injuries. When the police arrived they found him lying on his back with numerous head injuries, already passed on.”

She said police were investigating a case of murder and kidnapping, and the Independent Police Investigative Directorate (Ipid) was investigating the killing of Joubert separately.

Mqala said numerous phone calls were made by Joubert inviting neighbouring farmers to come and drink with him shortly before midnight. One of the videos was shared by one of the guests, and it was they who notified Bluewater and Gonubie police.

“W/O Hendrick Odendaal, from Bluewater police, was the first person to arrive on the scene. He entered the residence and the farm owner allegedly said to him that “nobody is going to leave the farm premises today”. At that stage the farm owner had taken the friends' children hostage and locked them in the bathroom,” she said.

Mqala said Const Phillip Bam, from Gonubie police station, then arrived. “It is alleged that the farm owner then locked the door and instructed the police to place their firearms on the table. They did not comply with his instruction.”

Odendaal then spoke to Joubert, while Bam went to the bathroom, where he found the two boys. “Bam rescued both children and handed them to the mother.”

It appeared that while Bam was outside the house, Joubert attacked Odendaal.

“During the struggle one shot went off and hit the floor. Odendaal warned the farm owner, but without hesitation he attacked again. Odendaal fired one shot in self defence and during the struggle the bullet from his service pistol entered under the left arm and fatally wounded the attacker.”

Odendaal was rushed to hospital with a fractured nose and jaw.

Mqala said firearms and ammunition were found in the house, as well as “a big police flag”.

Joubert's former neighbour, Victor Badenhorst, trembled as he told of how he sold his farm after he was threatened by Joubert. “We fought after he opened a road for his trucks on my farm. He even locked me out from entering my farm. I had to leave my farm, but in just the past week I heard he was telling people that he was going to shoot and kill me.”

A Port Elizabeth security guard, believing he was under attack, accidentally shot himself in the leg on Friday.
News
2 years ago

A father was struck in the leg by a bullet while running with his son to a bedroom as gunmen fired several shots at their home in Thornhill in the ...
News
2 years ago