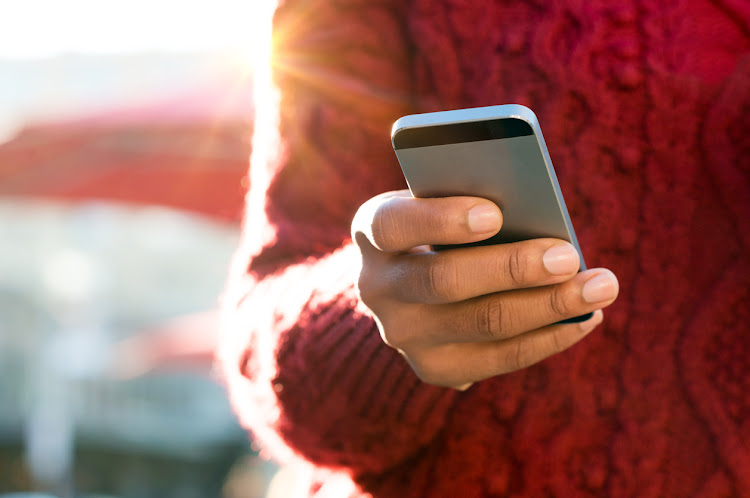 Truecaller claims to have helped their users block and identify 26-billion spam calls in 2019
Image: iStock

South Africa is one of the most spam-plagued nations on earth.

Ethiopians receive the most spam SMSs in the world, with an average of 119 every month. South Africans' 114 - an average of four spam SMSs a day - puts the country in second place.

This is according to Truecaller, which said it helped identify 8.6-billion spam SMSs globally in 2019.

The latest Truecaller Insights report, a look into the top 20 countries affected by both spam SMSs and calls in 2019, was released on Tuesday. It shows that nuisance and unsolicited calls continue to be on the rise around the globe.

Globally, spam calls from telephone company operators are still the biggest spammers in the world. In SA, spam calls also come from insurance, financial services and telemarketing companies, as well as individual scammers. 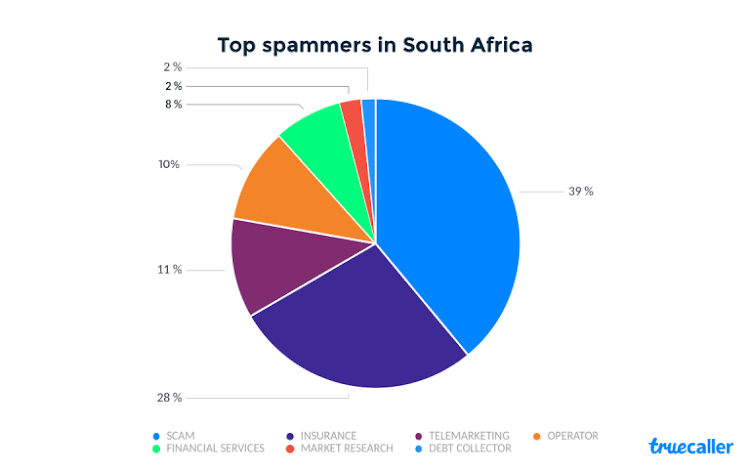 Here's who is bugging you on your cellphone.
Image: Truecaller

South Africa is in sixth place in this category: the study reveals that the 1.7-million daily active Truecaller app users receive a total of 25 spam calls monthly, a 20% increase from last year’s findings.

Scam calls continue to be a big threat for consumers in South Africa, said TruCaller.

The most common scams are:

A warning was also sounded by "scammers calling and pretending that your car has been towed away and that you need to pay a fee to get it back".

Another scam is the "fake kidnap call", where someone calls and pretends they have kidnapped (or will kidnap) someone from your family unless you buy them airtime or wire money.

The countries that are seeing the biggest increase of spam calls are in Latin America. Five out of the top 10 most affected markets are in that region.

Brazil gets the most spam calls, according to the study.

"Almost every other spam call in Brazil is being made from the operators and internet service providers. In the past 12 months, calls from the operators have increased from 32% to 48%. These calls are typically seeking to provide special offers and upselling data plans, amongst other services," said Truecaller.

In addition, scam calls continue to be a big problem in Brazil. Two years ago, only 1% of all the top spammers were scam-related. Last year this went up to 20% - and this year it is at 26%.

Although India has dropped to fifth place (after once being the most spammed nation in the world), spam calls in the country have been increasing by 15% every year.

"Another devastating fact we found during this year is that 1 out of 3 women in India receive sexual harassment or inappropriate calls and SMSs on a regular basis," said the report.

The US continues to be in the top 10 list of the most spammed countries in the world. It saw a 7% increase in spam calls compared to last year, when it saw a decrease compared the year before that.

Earlier this year, Truecaller conducted a study of the US, which found that nearly one in six American adults falls victim to scam calls, causing them to lose $10.5bn [over R153bn] in 2018.

Hope Olusegun Aroke pulled off internet scams amounting to more than $1m while serving time for fraud.
News
2 years ago

Close to half of all users in simulated phishing tests fell victim to an "urgent message" scam asking them to check a password immediately.
News
2 years ago

South Africans are among those in the world receiving the highest number of spam calls, according to a new report by Truecaller.
News
3 years ago