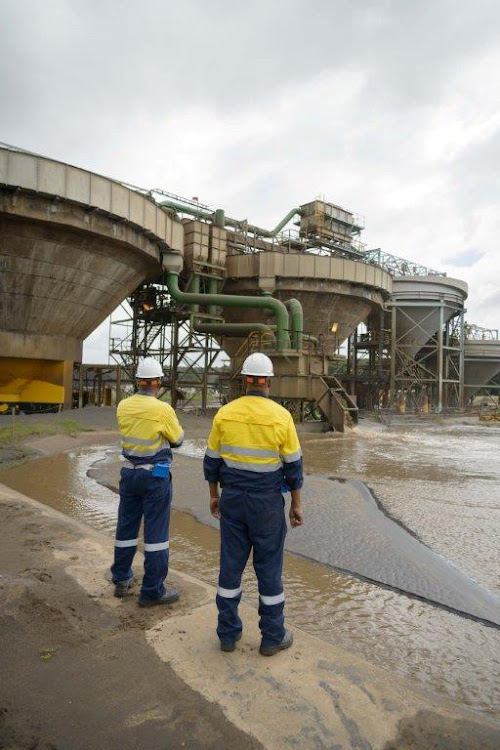 RBM employees. The company has temporarily stopped mining operations after two of its employees were shot last month.
Image: www.riotinto.com

Anglo-Australian mining giant Rio Tinto halted all mining operations at Richards Bay Minerals (RBM) after escalating violence in surrounding communities, in which two employees were shot and injured in the past two weeks.

Rio Tinto did not provide further details of the shootings but said the first employee was shot on November 15. The second incident happened on Saturday, while an employee was on his way to work.

Saturday's shooting is understood to have occurred in the KwaMbonambi area, near Richards Bay.

Sources at KwaMbonambi police station said they were awaiting the docket for further details.

TimesLIVE understands that the incident is linked to a long-standing issue with the KwaMbonambi traditional council and a succession battle within a clan for chieftainship.

“There has been an escalation of criminal activity towards RBM employees and one was shot and seriously injured in the last few days. As a result, all mining operations at RBM have been halted and the smelters are operating at a reduced level, with a minimum number of employees now on site,” Rio Tinto said in a statement issued on Wednesday.

Construction on the R6.7 billion Zulti South project has also been temporarily paused.

Bold Baatar, CEO Energy & Minerals, said, “The safety of our people is Rio Tinto’s key priority and we have taken decisive action to stop operations to reduce the risk of serious harm to our team members.”

Baatar said they were in discussions with the local communities, regional and national governments, and the police to find a way to address the safety and security issues.

“Our goal is to return RBM to normal operations in a safe and sustainable way. We would like to acknowledge and thank the police and authorities for their support.”

He said output for 2019 was now expected to be at the low end of a guidance range of 1.2-million to 1.4-million tons and Rio is contacting customers to minimise disruptions.

A 21-year-old KwaZulu-Natal man accused of shooting and killing a police officer, made a brief appearance in the Richards Bay magistrate's court on ...
News
2 years ago

The state capture inquiry heard on Wednesday that security renovations were done to the private residence of sports, arts and culture minister Nathi ...
Politics
2 years ago