Shoppers be warned - some 'sales assistants' may be fraudsters 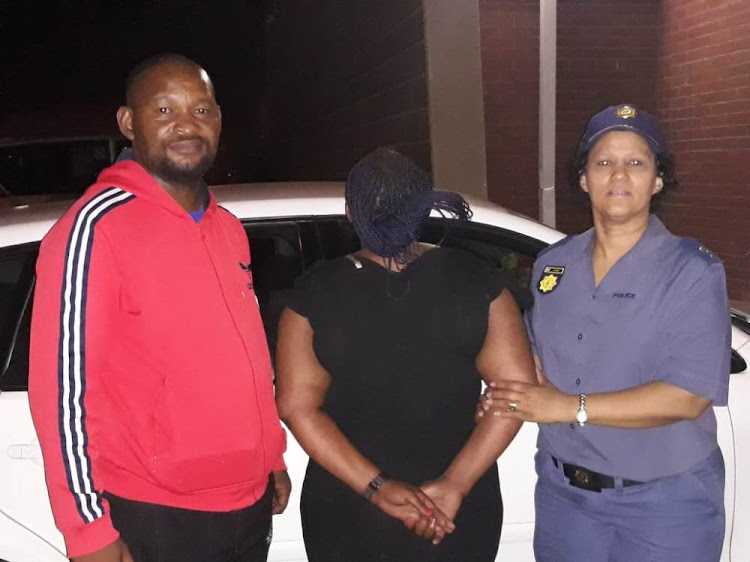 Police with an alleged fraudster who was caught red-handed in Kimberley on Wednesday.
Image: SAPS

Police have warned shoppers to be vigilant when speaking to "sales assistants" who may be impersonators and fraudsters wearing name badges and shop uniforms.

A 50-year-old suspect was caught red-handed by police officers and community members in Kimberley in the Northern Cape this week while impersonating sales staff and stealing handbags from unsuspecting shoppers at two well-known retail outlets in the CDB.

She allegedly teamed up with two other women to pull off the scam.

"Police are sending out a warning to the public to be aware of these females dressed in uniforms and name badges of clothing stores and supermarkets, claiming they could assist customers with staff discounts," Brigadier Mohale Ramatseba said in a statement.

"The suspects allegedly take valuables such as money and handbags from customers and send them into a queue while being assisted by an elderly lady."

The police were alerted to the scam when a female victim screamed for help when she noticed what was happening on Wednesday.

An owner and nine officials from two privately owned vehicle-testing stations have been arrested in Limpopo on allegations that they fraudulently ...
News
1 year ago

Police managed to retrieve the suspects VW golf and inside it found some of the victims possessions including bank cards and cellphones.

Ramatseba said the “other two suspects are still on the run and investigations will reveal how long they have been operating.”

He warned the public to be vigilant in the area.

The alleged fraudster was expected to appear in the Kimberly magistrate’s court on Friday.

Anyone with information or who may have been the victim of a similar incident was asked contact the Lt-Col Msimelelo Beni on 063 691 0926.

Businessman and former municipal manager out on bail for R92m fraud

Fraud accused Die Son subeditor Janice Ohlson is set for a possible plea and sentencing hearing in February after her case was remanded on Monday.
News
1 year ago

South Africans receive 114 spam SMSs every month, making us one of the most spam-plagued nations on earth, according to a recent report by Truecaller.
News
1 year ago
Next Article