Limpopo traditional healer rescued after days of being trapped in tree 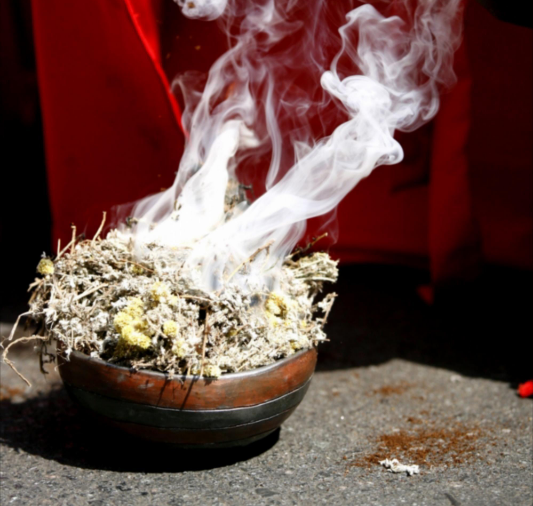 A Limpopo traditional healer who went missing in the wilderness was found trapped in a tree.
Image: Gallo Images

A man who went into the wilderness on a quest to “speak to his ancestors”’ found himself trapped in a tree for five days, Limpopo police said.

He was finally freed by a search and rescue team on Friday on the Sambandou mountains at the Mphaphuli Nature Reserve outside Thohoyandou, said Brig Motlafela Mojapelo.

“Traditional healer Mpfunzeni Solomon Ramashia, aged 53, was reported missing at the Thohoyandou police station on Monday, December 2. This after he and his friend Moris Sambo, aged 47, had on Sunday gone to the nature reserve to look for traditional herbs. The two became separated after the victim allegedly told his friend that he wanted to speak to his ancestors alone,” said Mojapelo.

Sambo returned home but became concerned when Ramashia did not.

On Wednesday, the police's search and rescue unit, the K9 unit, public order police, air wing unit, paramedics and Sambo conducted a search of the area where the missing man was last seen.

“On Thursday, Ramashia's faint screams were then heard down the mountain,” said Mojapelo.

It seemed he had fallen from the mountain into a tree.

A police helicopter was brought in but the rescue operations were disrupted by bad weather in the area.

On Friday, rescue workers finally reached him. Mojapelo said. Ramashia was extremely exhausted when he was found.

“[He] ... apparently fell and was trapped in tree branches. He was then taken to hospital where he is recuperating,” Mojapelo added.

A revered member of the Traditional Healers Organisation is facing criminal charges after the Hawks dismantled a hydroponic drug lab at a ...
News
2 years ago

Traditional healer arrested for drugging and raping his clients

A KwaZulu-Natal traditional healer accused of raping two women is alleged to have lured his victims under the pretence that he would help "cleanse" ...
News
2 years ago

A traditional healer is expected to appear in court this week after being bust with illegal guns and ammunition.
News
2 years ago