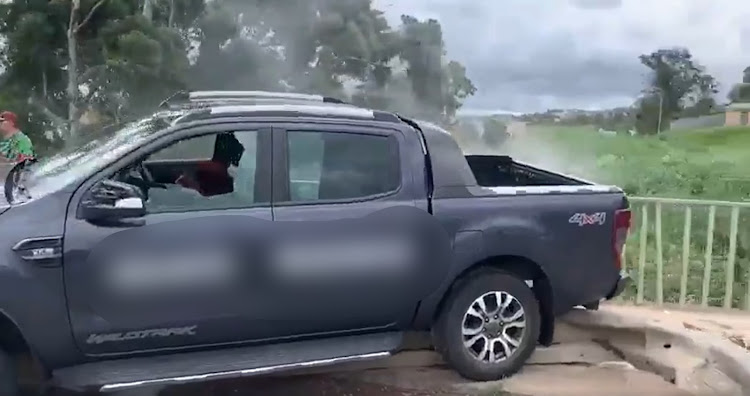 A man in his 40s was gunned down on Inanda Road in Springfield Industrial Park, Durban, while in his vehicle on Thursday.
Image: Supplied

A Durban businessman, believed to be in his 40s, has been shot and killed in a suspected “hit” on Inanda Road in Springfield Industrial Park, on Thursday.

TimesLIVE understands that the man was shot multiple times as gunmen opened fire on his vehicle. It is believed the gunmen were using AK-47s.

Rescue Care's Garrith Jamieson said the road had been cordoned off and the crime scene was active.

IN PICTURES | KZN family gunned down while watching TV

When a KwaZulu-Natal family gathered around their television to watch their favourite 8pm soapie, little did they know it would be their last time ...
News
2 years ago

A 33-year-old woman was fatally stabbed on Wood Road in Montclair, south of Durban, on Tuesday.
News
2 years ago