Public protector 'not surprised' as she loses Estina appeal bid 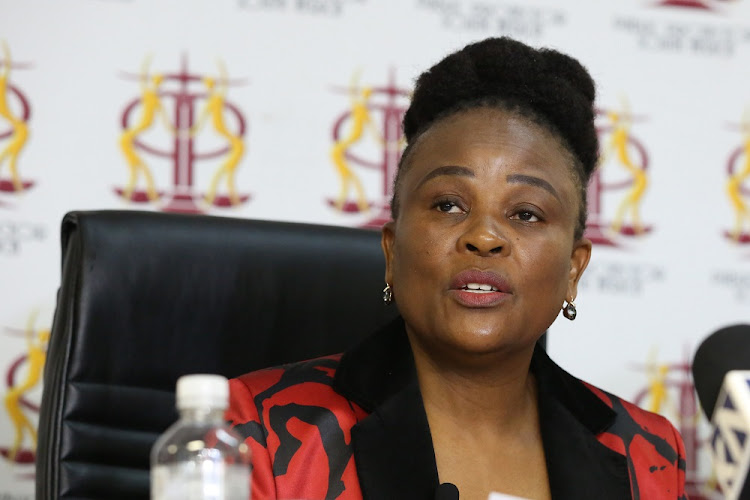 Busisiwe Mkhwebane says she will now petition the Supreme Court of Appeal to hear her challenge to the Estina judgment, which is arguably the most scathing ever made against her. File photo.
Image: Sunday Times/Thapelo Morebudi

Public protector Busisiwe Mkhwebane has lost her bid to appeal against the damning judgment that invalidated her report on the alleged Estina dairy project scam.

Judge Ronel Tolmay handed down her ruling on Mkhwebane’s leave to appeal application on Friday morning, finding that the public protector had not shown that another court would come to a different conclusion on the case than she had, reports BusinessLIVE.

Mkhwebane confirmed in a tweet that she will petition the Supreme Court of Appeal to hear her challenge to the Estina judgment, which is arguably the most scathing ever given against her. The judgment ordered her to personally pay part of the legal costs of the legal challenge that overturned her findings.

Tolmay found that Mkhwebane “failed the people of SA” with her investigation into the alleged Estina scam, which was intended to benefit poor black farmers but allegedly resulted in millions being siphoned off to the controversial Gupta family and its associates.

About R30m of the money intended for the project ended up funding a Gupta wedding at the Sun City resort.

The National Prosecuting Authority’s investigative directorate has obtained all bank statements linked to the Guptas' involvement in the Estina dairy ...
Politics
2 years ago