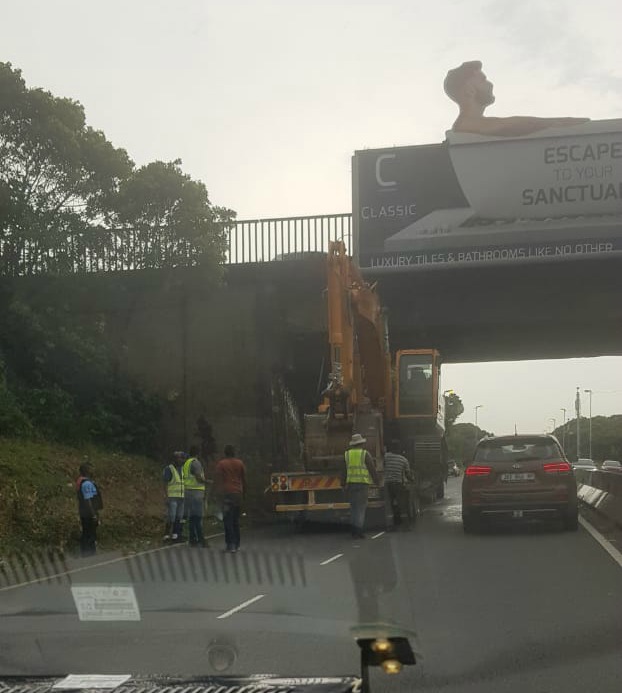 A truck carrying a grader got stuck on the M4 in Durban on Wednesday.
Image: Supplied

A truck driver tried to flee the scene after wedging his vehicle under a bridge on the M4 in Durban.

Metro police spokesperson senior superintendent Parboo Sewpersadh said the driver was transporting a grader on the M4 northbound when it got stuck under the bridge on Wednesday afternoon.

When police got to the scene, the driver tried to escape.

“He was busy trying to reverse and run away. This caused damage to the bridge,” said Sewpersadh.

The incident left hydraulic fluid on the road surface. Traffic in the left lane was heavily backed up on the freeway, which runs towards Durban's northern suburbs.

A 37-year-old man who allegedly strangled his wife and stepdaughter to death, was killed when he drove into a truck at Bela Bela, Limpopo on Tuesday.
News
1 year ago

A truck accident claimed the lives of two people and saw the N3 close for about six hours on Thursday.
News
1 year ago

Shock and anger after man killed wife, stepdaughter before driving into truck