Did you probe his uncle? Defence in Miguel case asks why cops didn't look into murdered boy's family member 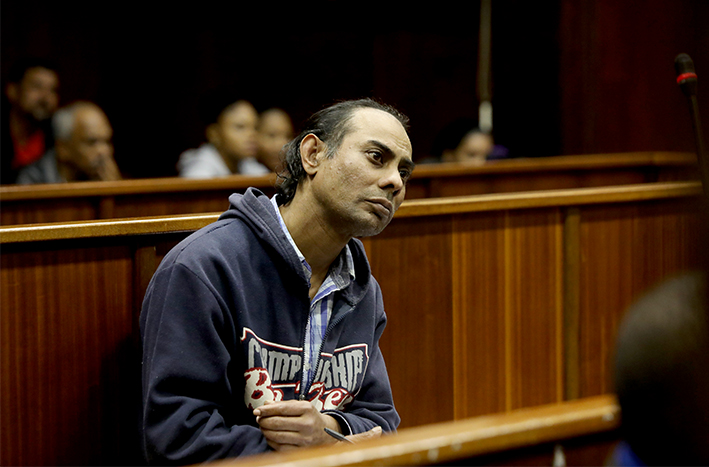 A lawyer has claimed that Miguel Louw's uncle was “in the same position” as the man who was charged for the nine-year-old's murder — but has questioned whether police ever properly investigated the family member.

In a dramatic address to court on Thursday, the defence in the Miguel murder case fingered Louw’s uncle as a possible suspect.

Mohammed Ebrahim’s advocate, Jay Naidoo, presented this argument to the Durban high court during his application to dismiss the charges against his client.

Naidoo argued that Ebrahim and Mike Louw, Miguel’s uncle, were in the same position because of their respective relationships with Louw’s mother, Raylene. He said that both had a reason to be characterised as “scorned lovers”.

“It is my submission that Mike finds himself in the same position as the accused in every single score. It’s common cause that she [Raylene] was busy having drinks with one brother [Mike] while trying to reconcile with the other brother [Miguel’s father],” said Naidoo.

During Raylene’s testimony, it was revealed that she had gone out for drinks with Mike, who is her late husband Kirk Louw’s brother — and this while she was in conversation with Kirk about reconciling. Kirk died just short of a year after his son's murder. 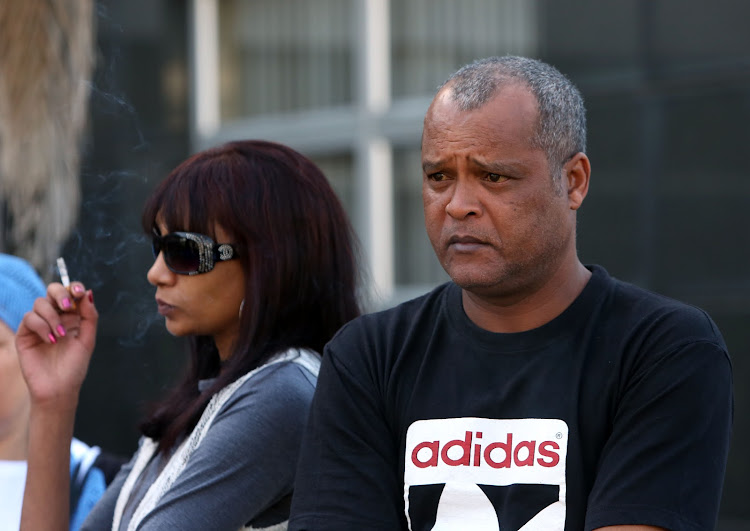 Raylene and Kirk Louw, the parents of murdered Miguel Louw, outside the Durban magistrate’s court during a previous court appearance. The accused, Mohammed Ebrahim, claims he was in a relationship with Raylene.
Image: JACKIE CLAUSEN

Naidoo said that the difference between Ebrahim and Mike was that during Miguel’s disappearance, Mike’s whereabouts were unknown while Ebrahim was accessible.

“The difference is that the accused availed himself [after Miguel’s disappearance], he was taking calls and even advised the mom to go to the police station. He was accessible right up until he was arrested. Mike’s whereabouts were unknown about the time of Miguel’s disappearance,” he said.

On Wednesday, Naidoo questioned the investigating officer in the case, W/O Rajan Govender, on whether he had tried to find Mike during the time of Miguel's disappearance.

Govender said that he had tried to look for him but to no avail. He said that at a later stage someone told him Mike was present during the early stages of the trial but had not seen him since then.

Naidoo told the court: “The state's case is based on circumstantial evidence. There is no direct evidence to show the accused's actions satisfy the crime of killing.”

Naidoo added that the state needed to prove that Ebrahim was behind Louw’s kidnapping if they were to prove he was behind the murder.

“The state wants this court to first infer that the accused kidnapped the deceased. You are then expected to draw a second inference [about the murder]. If the state has failed to make a case on the kidnapping then there is no murder case,” said Naidoo.

Senior state prosecutor Kelvin Singh argued that if Ebrahim did not kidnap Miguel he had no reason not to tell Louw’s family that he had taken him to a KFC restaurant before his disappearance.

“He claimed to love the child and he knew the family was looking for him. Why didn’t he at any point tell Raylene he took the child to KFC before his disappearance? Why was he so silent if he had nothing to do with it?” said Singh.

The matter will be back in court in January 2020 when the judge will give her verdict on the application. Outside court, Louw's family said that they were frustrated by yet another delay.

Mohammed Ebrahim, the man accused of killing Sydenham schoolboy Miguel Louw, has applied for a dismissal of charges after the state closed its case ...
News
1 year ago

Raylene Louw told the Durban high court on Tuesday that the man accused of her son Miguel's murder was in love with her and that she had rejected his ...
News
1 year ago