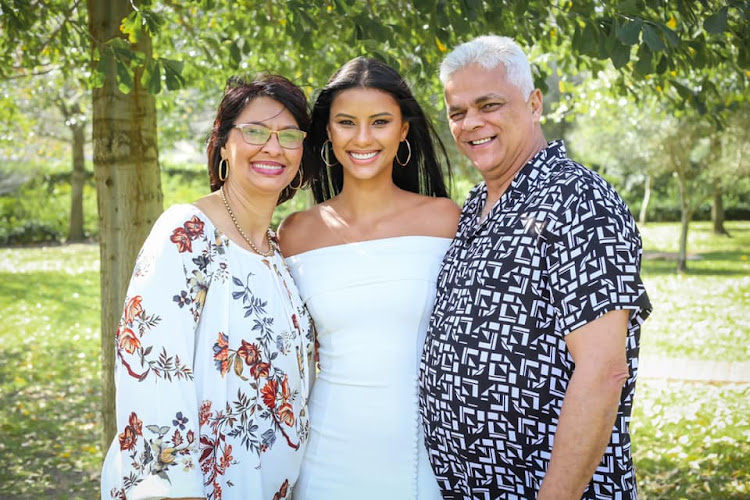 Tamaryn Green with her parents David Green and Ellirene Green at her 25th birthday party in August 2019.
Image: Tamaryn Green via Facebook

Miss Universe first runner-up in 2018, Tamaryn Green, will on Monday graduate with a Bachelor of Medicine and Bachelor of Surgery degree (MBChB), after a seven-year journey at the University of Cape Town.

Reflecting on her journey after the diagnosis in the middle of her second year, an article on the UCT website said she remembers having only one thought: “Don’t tell anyone.” And for a while she didn’t.

But Green eventually realised that she could use her diagnosis to educate young South Africans on the potentially fatal disease and help break the stigma attached to TB, especially among the youth. As a medical doctor in waiting, she felt it was her duty. It eventually led to the launch of her #BreakTheStigmaCampaign.

“Wanting to deal with my illness by myself was emotionally and mentally taxing. Opening up about it felt like a weight being lifted off my shoulders,” she said.

Her seven years as a medical student in UCT’s Faculty of Health Sciences included the full year she took as a leave of absence to concentrate on her Miss SA duties after winning the title in 2018.

“My journey has been challenging yet fulfilling. I won’t trade a second of it,” Green said.

“I made the decision to study medicine because my father always wanted to be a doctor but couldn’t. The apartheid era brought many challenges that prevented him from pursuing the career,” she said. Dad David Green is a curriculum adviser while her mother Elireen is a teacher.

The 25-year-old said she was excited to receive her medical degree and to start making a difference in the lives of people who need it most — while keeping her cards close to her chest. To practice as a doctor, she would first have to complete her compulsory residency and community service at a government facility.

“I am blessed that once I started studying medicine, I realised that I really have a love for it. I’d love to make a difference in people’s lives by helping and healing,” Green said.

IN PICS | Have Miss SA's national costumes gotten better over the years?

He was Tamaryn Green’s biggest supporter, flying to Thailand to raise the South African flag in the audience when the 2018 Miss SA competed in the ...
Lifestyle
2 years ago

The Indian consulate high above Cape Town's Bree Street has cultivated a barber shop atmosphere, largely the doing of the chancellor, who prefers to ...
News
3 years ago

Former Miss SA and Miss World Rolene Strauss has attributed her success at UFS medical school to experience she gained during beauty pageants.
TshisaLIVE
2 years ago