All I want for Christmas ... is a drone 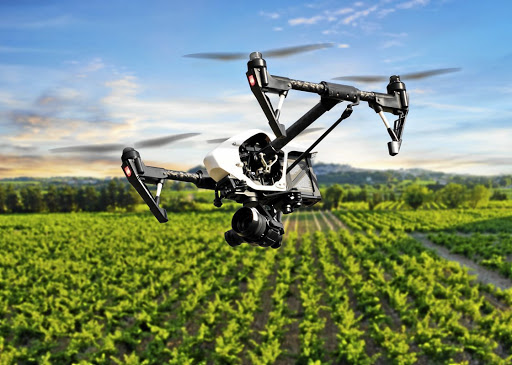 The 15-year-old, who recently received a drone as a gift to help her hone her photography skills, admitted to TimesLIVE it was also to “keep me outside and out of trouble”.

Naudé isn't the only youngster interested in keeping her head in the clouds.

Last month, Toys R Us and Babies R Us SA released its annual “Geoffrey’s Top Toys”, a list of 22 toys touted as the hottest on the market for this year, and drones, which were featured on the list, were among the first to be sold out.

But experts warn that while buying a drone this festive season would be an investment in your child’s future, it's one that should be managed responsibly.

United Drone Holdings CEO and founder of DroneCon Sean Reitz said he firmly believed the drone industry was going to be a future driver of job creation.

“Looking at it from experiences within our own company, the number of commercial pilots we have working for us now that weren't able to find employment in the formal traditional aviation sector relative to the drone sector, is huge. There's no doubt in my mind that this is a viable future career.”

However Reitz warned that there were rules attached to owning a drone.

“If you buy your child a bicycle and you want them to ride to school, they have to understand the rules of the road. A drone is the same thing. Whether you're looking to give it to a child or an adult, a drone comes with a specific set of laws and risks attached to it.”

According to the SA Civil Aviation Authority, responsible for regulating the country's airspace, a toy drone cannot weigh more than 7kg. It also cannot be flown:

Naudé's father, Johan Mostert, who sells drones, said parents should do their homework and educate their children thoroughly before buying them one.

“They need to explain the rules and functions of a drone — they can be used for good and can also be used for bad. I wouldn't recommend buying a drone for a child younger than 12.”

He said while some drones could be seen as toys, a lot of the more sophisticated drones on the market, such as the Maverick series, could be dangerous if not handled properly.

This is because the propellers rotate at high speeds, causing the drone to move faster, which means that a collision could be destructive to property or harmful to people.

They need to explain the rules and functions of a drone – they can be used for good and can also be used for bad.

While commercial drones must be licensed, no licence is required for drones used for personal and recreational use.

At a drone conference in October, communications and digital technologies minister Stella Ndabeni-Abrahams said her department was engaging with the Independent Communications Authority of SA (Icasa) and other regulators to look at how they could relax regulations, free up more frequency and, in doing so, allow drones to fly further distances.

Icasa is due to issue an information memorandum on the licensing process for the International Mobile Telecommunications (IMT) spectrum — also referred to as high demand spectrum — before December 31.

Reitz said drones currently operated in the open spectrum, which allowed industrial drones to fly distances between of between 10 and 15km.

“In order for the industry to move forward you would need a dedicated frequency that has the right power output and isn't aligned with what is actually manufactured internationally already,” said Reitz.

How to solve the traffic-jam blues: flying cars

After sci-fi has long promised them, air taxis from Uber and others are finally getting ready to take to the skies
Motoring
2 years ago

On the outskirts of Tripoli, days of silence are broken by bursts of heavy artillery fire. Fighters camped out for weeks in abandoned houses watch ...
News
2 years ago

Lexus's electrification vision for the future brings motors to wheels, assistant drones onboard, and a slew of autonomous driving technologies to EVs
Motoring
2 years ago