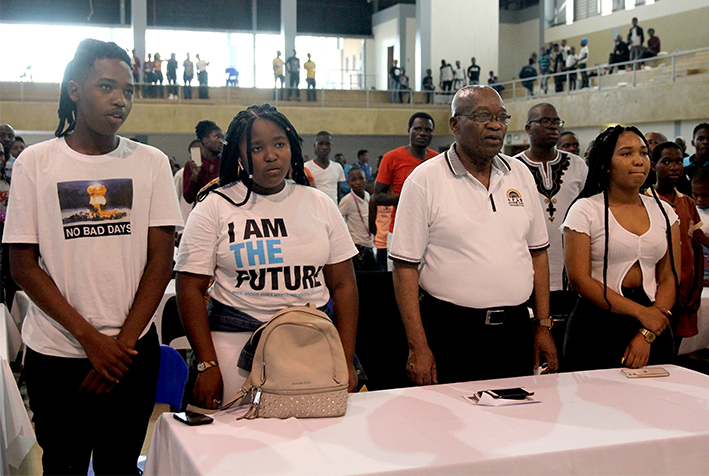 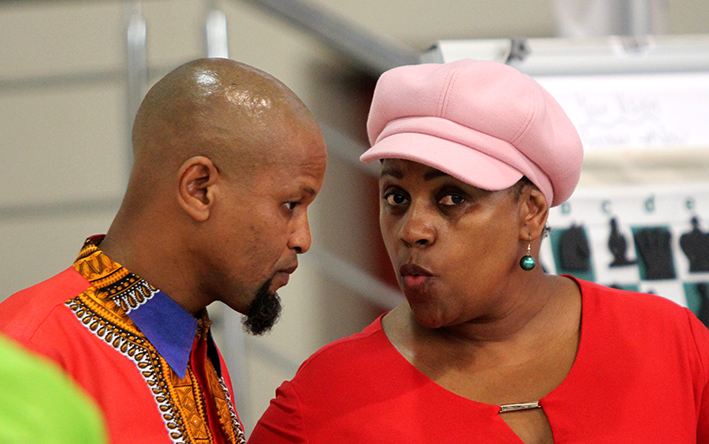 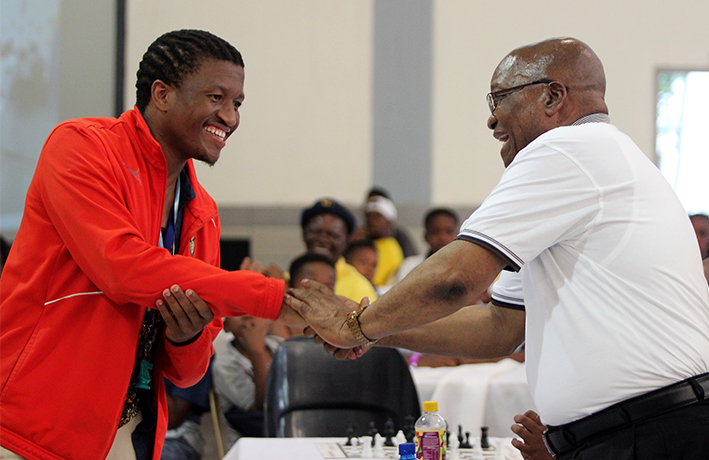 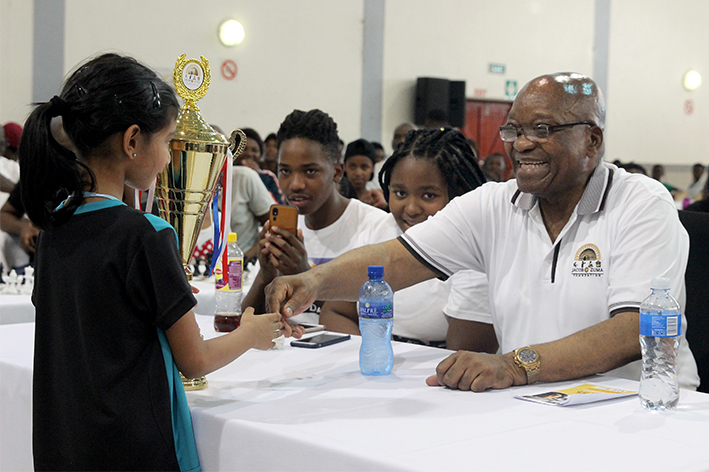 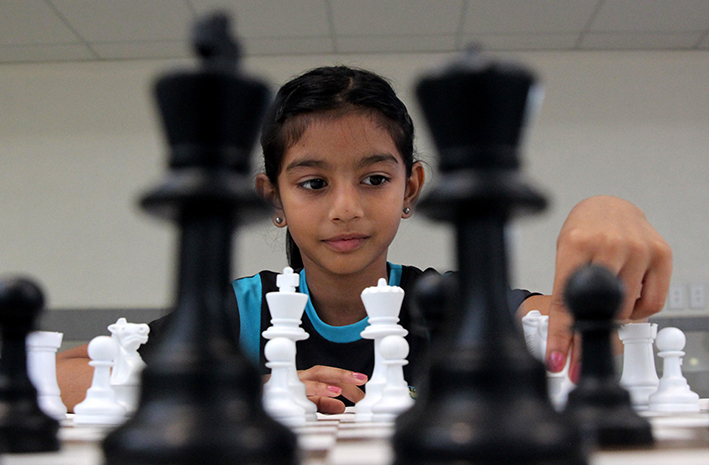 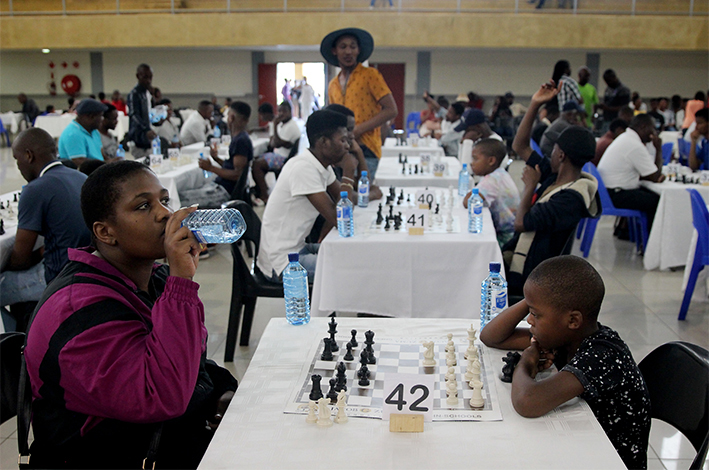 Former president Jacob Zuma may have taken a break from social media and public appearances but he showed up for his chess fans.

A less energetic Zuma, accompanied by three of his children, attended the 11th annual JG Zuma Chess tournament in Mandeni, in northern KwaZulu-Natal, on Monday.

Sandile Xulu, president of the KZN Chess Association and co-ordinator of the tournament which was started in Nkandla 11 years ago by the JG Zuma Foundation, said he was delighted that the chess-loving former president made an appearance.

This year, however, Zuma didn't play any games or address the participants.

About 300 participants from chess clubs throughout the province attended the tournament.

Xulu said there were four players, Sizwe Ndlovu, Mlungwana Mxolisi, Xulu Lindokuhle and Wandumuzi Khanyile who were among the top players, but it was Ndlovu who emerged victorious in the tiebreaker.

“The tournament turnout exceeded our expectations. Former president Jacob Zuma has been internationally recognised for his efforts in promoting chess. It is our call to government to include it as part of the school curriculum as is done in schools in Europe.”

Check, Jacob Zuma appears in public for the first time since hospital report

Former president Jacob Zuma, who faces the prospect of a 25-year jail term if found guilty of corruption, insists he has been “used as a scapegoat” ...
News
2 years ago