No nudist beach for Christmas - but lobbyists are not giving up 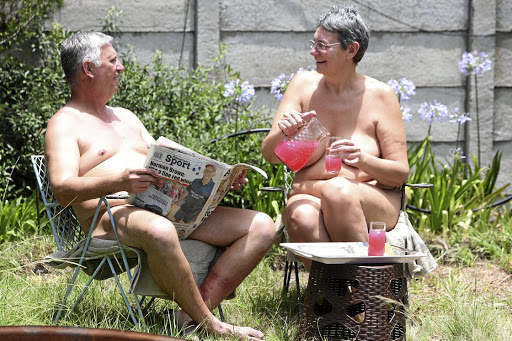 The wish of South African nudists to bare it all on a 250m stretch of beach near the Mpenjati Nature Reserve, on the KwaZulu-Natal south coast, will go ungranted for another festive season.

More than two years since the public protector set aside the Ray Nkonyeni municipality's decision to allow nudity in the area, the South African National Naturist Association (Sanna) is still working on a plan to petition the national government to amend the Sexual Offences Act to allow for legal nudist beaches.

The association's chairperson Christo Bothma told TimesLIVE that he plans to meet lawyers in the new year to prepare the petition.

Although Bothma made the same statement a year ago, he remained confident that 2020 will bring nudists closer to achieving their goals.

Twitter debates whether Zodwa Wabantu and Springboks Faf de Klerk can be compared as both have been half-naked in public.
TshisaLIVE
2 years ago

"The idea is not scrapped and we are not giving up. We are working on a representation to see if we can amend the act to allow nude people on public beaches and places. This will force municipalities to amend their bylaws and we will then reapply for Mpenjati to be a legal naturist beach," said Bothma.

At the first public hearing into the proposed nudist beach, at Trafalgar in 2014, residents were divided, with some opposed to "drooping boobs and buttocks" on their beach, while others wanted to strip down without fear of getting in trouble with the law.

In a 2017 report that voided the municipality's permission for a legal nudist beach on technical grounds, the public protector pointed out there was no wording in the act that suggested criminalising nudity in a designated and access-controlled nudist beach.

The idea is not scrapped and we are not giving up.

But the Concerned Citizens Group, which approached the public protector in opposition to the application for a nudist beach, said there was no way to designate a public area for nakedness without excluding other members of the public.

The group's chairman Rev Mike Effanga will oppose any new application for a nudist beach in the area.

"Our position remains the same. Once a new application is lodged, we will oppose it. Nothing is going to change our opinion and concerns. We don’t want a nudist beach here," Effanga told TimesLIVE.

Ray Nkonyeni municipal spokesperson Simon April said there were currently no plans for a nudist beach in the area - although the municipality was willing to consider applications.

"There is nothing happening, as the previous applicant was advised of the outcome of the public protector’s findings and remedial action, of which the municipality accepted. The municipality is still open for applications of such, as even the previous process was as a result of an application by an interested party," said April.

Despite facing challenges and stirring anger from critics, naturism appears to be growing as a movement in SA. Last year Sanna had 610 registered members. This number grew to over 650 this year - and Bothma predicts that more people will register next year.

"People appear to be more open about naturism because more people are talking about it," he said.

#SofaSlahlane: Would you ever strip down to visit a nude beach?

A couple on the show said they loved to be naked wherever they go, some Twitter users didn't agree.
TshisaLIVE
3 years ago

HOW THE NUDE BEACH BATTLE HAS PLAYED OUT

Nudists have vowed to keeping fighting for a proposed nude beach in KwaZulu-Natal, even if this means changing the law to make it happen.
News
4 years ago

They planned to play volleyball, race each other and frolic in the sun - all in the buff. But there will be no boobs or bums on display on the ...
News
3 years ago

WATCH | Naturalists frolic in the Parisian sun on ‘naked day’

A few hundred nudists gathered for a naked day in the sun in the Bois de Vincennes park, east of Paris on June 24, 2018 to celebrate the inaugural ...
News
3 years ago