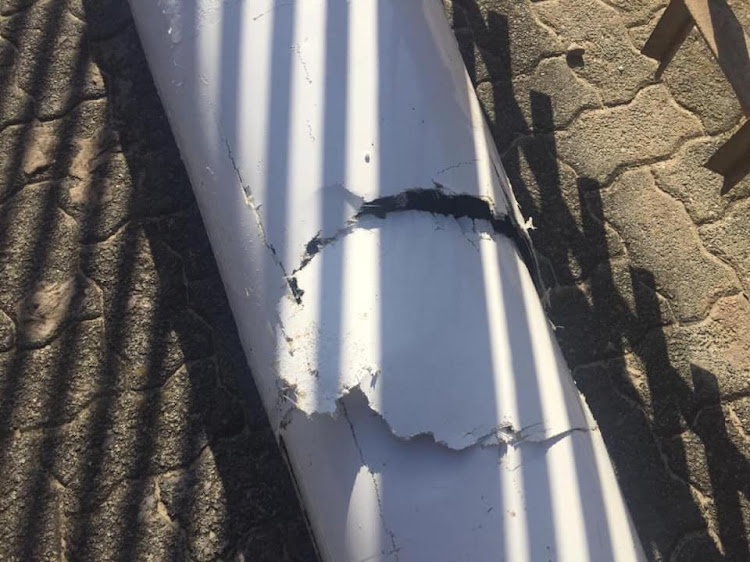 This surf ski was attacked by a shark off Nahoon Reef on Boxing Day.
Image: Buffalo City Metropolitan Municipality

Nahoon Beach has been closed to beachgoers after a shark attack early Thursday.

Buffalo City Metropolitan Municipality said at about 7am, a shark attacked a surf ski off Nahoon Reef.

“The paddler is fine with no injuries,” the city said in a statement.

“ ... The beach will remain closed as a safety precaution.”

City officials will monitor the area.

A swimmer drowned on the beach earlier this week.

A 23-year-old woman, from Queenstown, was found washed onto the beach after being swept out to sea by rip currents while swimming.

And on Sunday, two paddlers sighted a shark in the water at Oyster Bay.

“Two men had been paddling from St Francis Bay to Oyster Bay and they were 300 metres offshore of Oyster Bay when they noticed a shark in the water.

Their kayak was found barely damaged, on Monday.

The NSRI earlier this week appealed to beachgoers to only swim at beaches protected by lifeguards.

“NSRI are appealing to parents and caregivers to ensure that while their children are swimming they have responsible adult supervisors that are not distracted and are dedicated to supervising the children while they are in the water,” said McGregor.

In the Eastern Cape, McGregor said a shark warning remained in place at Oyster Bay, between Tsitsikamma and St Francis Bay, where a whale carcass washed up on the rocks at the hamlet's main beach on Thursday.

“Plettenberg Bay lifeguards assisted by NSRI Plettenberg Bay cleared bathers from the water at beaches in the Plettenberg Bay area after a three-metre great white shark was spotted approaching a bathing area on Tuesday morning. Beaches were reopened after an all-clear notice and lifeguards remain vigilant.”

The National Sea Rescue Institute (NSRI) is appealing to beachgoers to only swim at beaches protected by lifeguards.
News
1 year ago

The department of environmental affairs is investigating after about 100 sharks trunks were found dumped on a Western Cape beach.
News
1 year ago