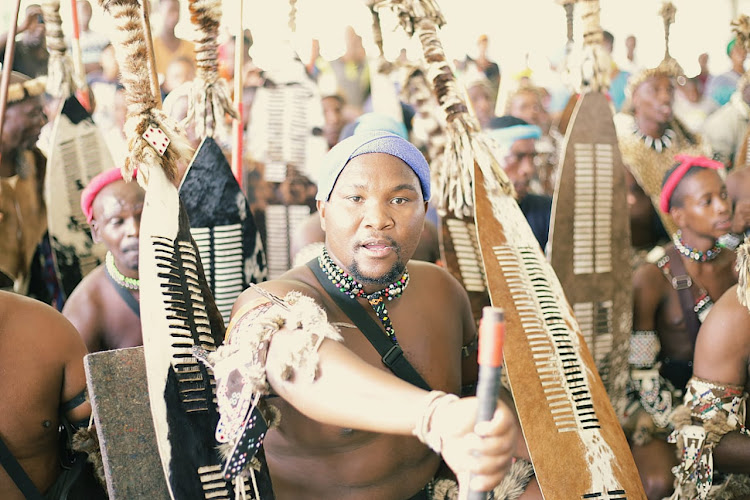 The ceremony welcomed back 280 young men who successfully underwent the practice of ukusoka (circumcision)
Image: Supplied

Zulu monarch King Goodwill Zwelithini has called for an end to gender-based violence in the country.

He was speaking at the uLwaluko Homecoming Ceremony, held in Kokstad, on Sunday.

The ceremony welcomed back 280 young men, who successfully underwent the practice of ukusoka (circumcision) at six traditional initiation schools in the greater Kokstad area.

Zwelithini also urged the government to ensure that indigenous knowledge was used in conjunction with the best of western medical practices to ensure the fight against the spread of the HIV/Aids was successful.

The Zulu king revived the tradition of ukusoka in 2009, with the backing of the provincial government.

“Since the inception of this programme, which I revived, our province has not had a single incident where a young man has lost his life because of ukusoka,” said Zwelithini.

Hlomuka echoed the call for men to play their part in the fight against the abuse of women and children.

The big showdown between the Ingonyama Trust, whose sole trustee is Zulu king Goodwill Zwelithini, and informal land rights holders in KwaZulu-Natal ...
News
1 year ago

“As the provincial government, we are happy to see young men in Kokstad and all surrounding areas undergoing the practice of traditional circumcision in safe and hygienic environments. We are also happy to see that these men are being taught about the responsibility men have in building our communities” said Hlomuka.

“What we have witnessed today is also a reminder of the important role that the institution of traditional leadership continues to have in creating social cohesion within our communities. When these young men are in the mountain, they are taught to stay away from social ills such as drugs and alcohol abuse. Through this we are ensuring that our young men are better prepared to face life’s challenges,” he added.

Initiate Vuyolwethu Tubane said: “The process we have undergone through the uLwaluko ritual has been educational and has prepared us to be men who will play a meaningful role in our communities. At the mountain, we were taught what manhood is and the responsibility we have in fighting against social ills that continue in our communities, which include the abuse of women and children.”

Here's what you need to know
News
1 year ago

Zulu King Goodwill Zwelithini’s sprawling Enyokeni Palace has stood incomplete since 2017 when auditors flagged that upgrades could soar to R1bn.
News
1 year ago
Next Article