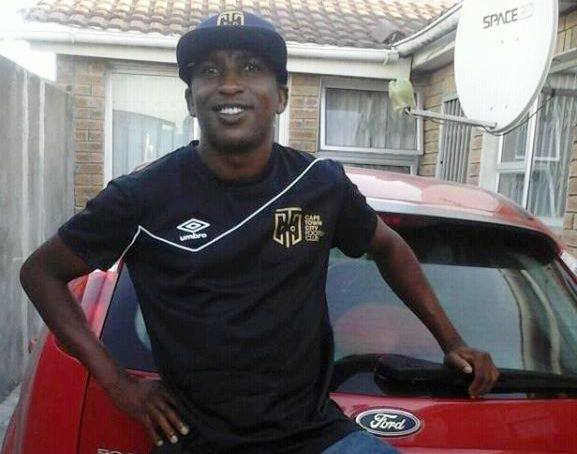 Const Thando Sigcu was killed when shots were fired by a City of Cape Town law enforcement officer on January 7.
Image: Facebook/Thando Sigcu

A policeman was killed in central Cape Town when shots were fired in a clash with two city of Cape Town law enforcement officers.

The incident happened on Heerengracht Street, near Burger King, around 9pm on Tuesday.

“Lt-Gen Matakata has expressed condolences to the family and colleagues of slain Const Thando Sigcu, whose death is the subject of a police investigation,” said Potelwa.

Before concluding his address to hundreds of mourners at the funeral of a slain policeman in Durban on Tuesday, police minister Bheki Cele said he ...
News
2 years ago

“It is alleged that the 38-year-old constable was apprehending a robbery suspect in Heerengracht ... when two city of Cape Town law enforcement officers stopped on the scene. Shots were discharged and the constable was fatally wounded.

“The robbery suspect also sustained a gunshot wound and was admitted to hospital.”

Potelwa said Sigcu, who was based at Cape Town Central police station, had been in the police service for five years and was a responsible and disciplined officer.

Hawks detectives were investigating the incident, she added.

Richard Bosman, the city's director of safety and security, confirmed that a law enforcement officer had been involved in a shooting. “The matter has been taken over by the SA police for investigation and they would be best placed to provide comment around the circumstances,” he said.

“The city is co-operating with the police, as well as the Independent Police Investigative Directorate (Ipid).”

Durban metro cop shot in leg after intervening in robbery

A Durban Metro Police officer is undergoing knee surgery after being shot during a robbery in the CBD on Wednesday.
News
2 years ago

An off-duty police constable drew his service pistol and allegedly went on a shooting rampage after going to visit a friend and finding her with ...
News
2 years ago

The Independent Police Investigative Directorate (Ipid) said its investigation into a rogue policeman assisted in securing a 30 year jail term for ...
News
2 years ago