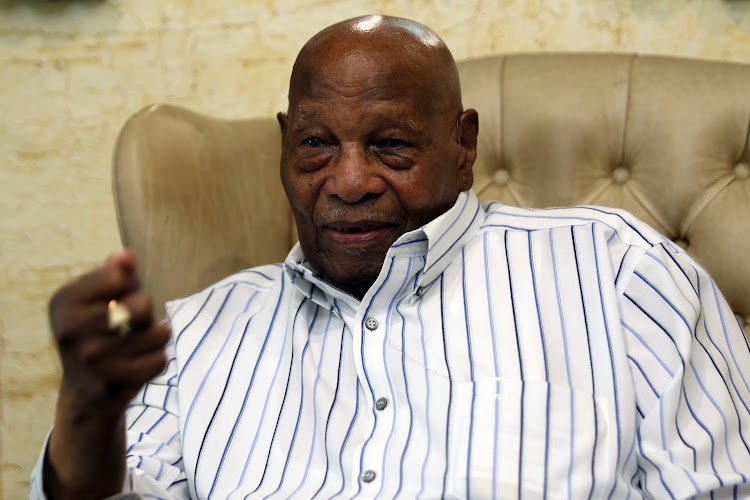 The late businessman Dr Richard Maponya was a man of absolute integrity who never depended on government help for his success.

Black Business Council president Sandile Zungu said this at a memorial service held for Maponya, founder of the National African Federated Chamber of Commerce and Industry (Nafcoc), in Sandton on Thursday afternoon.

Maponya, an entrepreneur and property developer, died in the early hours of Monday. He was 99 years old.

“I knew him as a leader. As an entrepreneur, Dr Maponya was a very single-minded person. Here was a person who knew how he wanted to influence society.

“There was no question he was a hard-working person,” Zungu said at the memorial service organised by Nafcoc.

He cited as an example the construction of the Maponya Mall in Soweto, where Maponya held on to the land for more than 20 years before he found partners to help develop the shopping complex in the heart of Soweto.

“Dr Maponya was synonymous with independence. The [apartheid] regime at the time was hostile to black people who wanted to accumulate capital,” Zungu said.

He said despite this, Maponya preserved and built his business empire.

In a video message, another former Nafcoc president, Sam Motsuenyane, said Maponya, while he was chair of the Johannesburg African Chamber of Commerce and Industry in 1964, started an initiative to organise black business nationally.

Motsuenyane said Maponya had a vision that black business should create their own institutions for development.

He said the idea of creating African Bank was to enable black business to gain access to funding.

“He said at the time there were 18-million Africans and if [enough paid] R1 each Nafcoc would be able to raise the required R1-million to form the bank.”

Motsuenyane said this was, however, difficult and it took Nafcoc another 10 years to raise the money to create the bank.

Motsuenyane said Maponya had expressed concern recently about the poor state of the economy.

“It is one of our challenges as black people that we put our heads together to build the economy,” Motsuenyane said. He added that the role of black people as largely consumers of goods should change and that more black people should be producers.

Black Management Forum president Andile Nomlala said Maponya's death gave black business an opportunity to learn from his journey and correct mistakes that had been made.

“We all say that the economic quagmire we find ourselves in is because of the stagnating economy. The only reason why we are in this quagmire is because there is an exclusion of black people from participating in this economy,” said Nomlala.

Special official funeral to be held for entrepreneur Richard Maponya

President Cyril Ramaphosa has declared that a special official funeral, category two, will be held for business mogul Richard Maponya, who died ...
News
1 year ago