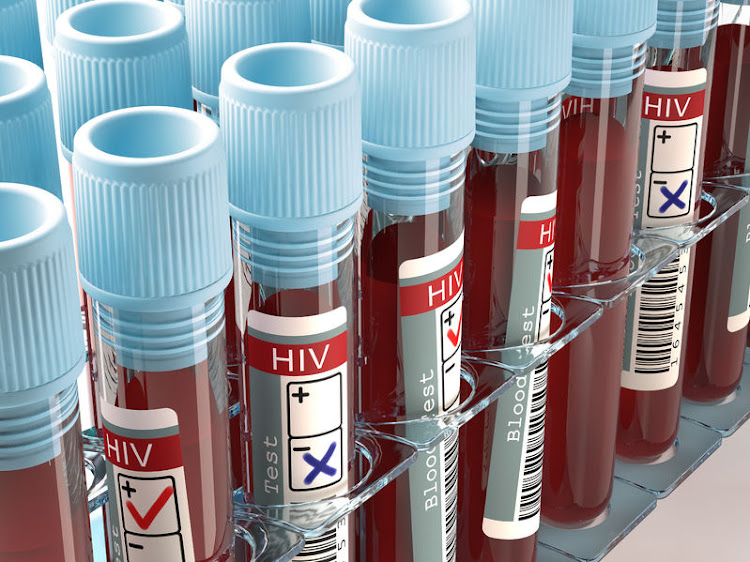 HIV-positive Simiso Msomi was diagnosed at 21, and did not think he would live to see his 30th birthday in 2020.
Image: 123RF/ktsdesign

When he was diagnosed with HIV at 21, Durban-based Simiso Msomi thought that was the end of his life and he would not live to see his 30th birthday.

Now Msomi is celebrating his 30th birthday; he is engaged and is a father to two daughters.

“At 21, I decided to go for a HIV test for the first time. My partner was frequently testing and she was negative, so I was not worried about my status,” Msomi said.

Msomi said he got the shock of his life when the results were positive.

“I was in shock. I thought this [HIV] was for old people. I was young and because my partner was negative, I thought my results would be the same.”

Msomi did not want to accept the results, so he took three HIV tests on the same day - and they all came out positive.

“The nurse who was taking the test tried to counsel me, but I would not hear any of it. I left and went to see my girlfriend. I told her what had happened.”

The same nurse drew Msomi’s blood, and told him to come back after two weeks to check his results and to see how far his CD4 count was.

“I never went back. My then girlfriend and I went to a doctor. I took the test and it was positive. My girlfriend took the same test and hers came out negative. The doctor could not explain how I was positive and she was negative.

“This created a big rift between my girlfriend and I. It destroyed me. After two years, we broke up.”

Msomi said he needed someone to talk to and so he broke the news to his best friend over drinks.

“She [friend] introduced me to a health care worker at college, who was also an HIV activist. When I saw the guy, he looked healthy; he was driving a Mercedes-Benz, was married and had children.

“He told me he had been living with the virus for 17 years. This changed my perception about the virus. He changed how I saw myself at the time. He made the journey easier for me,” said Msomi.

Getting more people on antiretrovirals vital in fight against HIV/Aids: Parliament

Getting an additional two million people on antiretroviral treatment is critical in the fight against HIV/Aids, said parliament’s portfolio committee ...
News
2 years ago

The activist introduced Msomi to other HIV-positive students, with whom he interacted and shared experiences.

Accepting his status was not the only challenge Msomi faced; he also struggled in the dating scene.

“Dating was horrendous. I did not know when the best time to disclose was. I was young and sex was exciting for young people like me. I had situations where I would date a person, have protected sex and then disclose. They would run away. It did not help to disclose before sex either. Girls would freak out when I disclosed my status.

“This was emotionally draining. I then decided to come out, so that when a person meets me, they already know my status.”

Msomi then got an opportunity to do a campaign with Brothers for Life to create HIV awareness.

“I was 25 when I came out and I have never looked back. I always inspire and motivate people. I get inboxes from people wanting advice on how medication works; how to disclose and live a positive life.

“I am now a father to two daughters. I am engaged.

“I did not see myself making it this far. I feel blessed and grateful. I love the fact that people draw strength from my story,” Msomi said.

Msomi started a thread on Twitter this week, sharing his journey of living with HIV. A lot of users responded, with some sharing similar stories and how they were living “positive” lives after disclosing their statuses.

Bakang Garebatho wrote: “I am celebrating 26 today but I had life and death situations a couple of times without my ARVs. But ever since I opened my arms to them, it has always been life after life and more life ... then came happiness.”

This year I turn 30 and honestly for me it’s a big deal because at 21 when I got diagnosed with HIV I didn’t think I would live this long or make it to 30 but with ARVS, taking care of myself and loving myself I will be and God willing I will grow to be an old man pic.twitter.com/O2548P5lQl

Health minister Dr Zweli Mkhize has praised KwaZulu-Natal for being the only province to achieve a critical United Nations target in the fight ...
News
2 years ago

'The rights of women have always been overlooked': How power dynamics fuel the spread of HIV

Unhealthy power dynamics in relationships - including polygamy - are destructive and fuel the spread of HIV.
News
2 years ago

By addressing blesser/blessee relationships, increasing access to kits and fighting stigma, communities can fight HIV, said Witkoppen Clinic as it ...
News
2 years ago