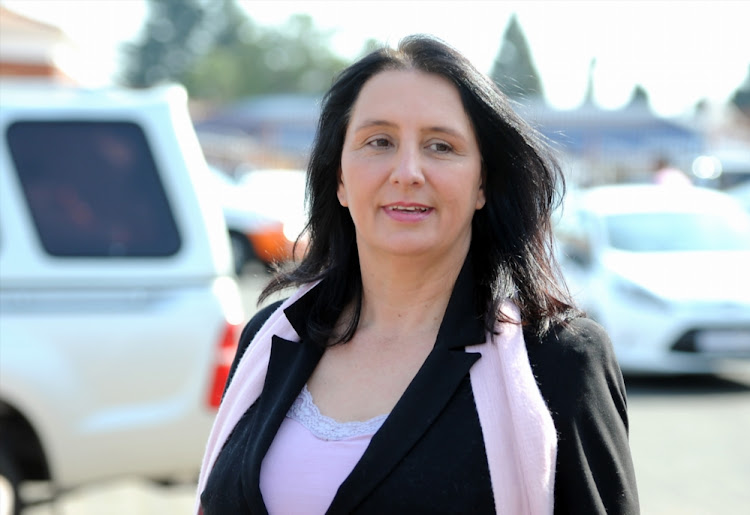 News that convicted racist Vicki Momberg is suing for her alleged “unlawful arrest and detention” has been met with mixed reactions online.

Momberg was arrested in 2016 and released from prison in December after the special remission of sentences announced by President Cyril Ramaphosa on December 16 2019.

Momberg was serving her sentence for crimen injuria after a viral video in 2016 showed her using the k-word more than 40 times against police officers and 10111 operators trying to help her after a smash-and-grab incident.

She became the first South African to be jailed for using racist language.

Vicki Momberg released from jail as she qualified for prison remission: Correctional Services

The department of correctional services on Friday confirmed that Vicki Momberg, who found herself in jail after going on a racial rant, hurling ...
News
2 years ago

However, now that she is out of prison Momberg is chasing a huge payout and if successful she could be R8.5m richer.

TimesLIVE reported that Momberg intended to sue the police and justice ministers, the national director of public prosecutions (NDPP) and provincial and national top cops.

Convicted racist Vicki Momberg is suing the police and justice ministers, the National Director of Public Prosecutions (NDPP) and provincial and ...
News
2 years ago

On Twitter, Mzansi had a lot to say about the lawsuit.

Many said Momberg was “rightfully” exercising her “white privilege rights” with zero sense of shame.

So Vicki Momberg is about to get R8.5 mill or something like that for being racist and somebody fighting for free education during the #FeesMustFall movement gets jail time and fokol compensation for fighting for a bright future🙆🏾‍♂️. If she wins then I know we’re lead by clowns 🤡

Vicki Momberg is legit fighting for what she perceives as her right to be racist right before our eyes. What kind of card is that?

This Vicki Momberg thing just reminded me of how much of a joke our justice system is.

Not only did they fail to deliver the maximum sentence they let her go & now she's got wiggle room.

I actually hope she wins this 8.5 Million so our justice system can catch a wake up call.

We can call Vicki Momberg all the names under the sun, this RSA government will STILL pay her the R 8.5 million she wants, white privilege breaks all barriers

Vicki Momberg was sentenced to three years imprisonment, one of which was suspended, on four charges of crimen injuria, after calling a black police ...
News
2 years ago

Tweeps think they know where the police should be looking for VIcki.
News
2 years ago

Here are four stories you need to read on Vicki Momberg.
News
2 years ago

'I'm guilty of lashing out because of the trauma that I was under,' says convicted racist.
News
2 years ago