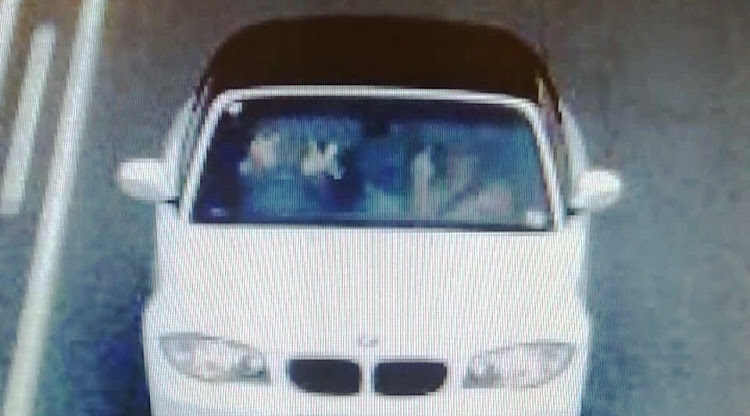 Shortly after allegedly showing their middle fingers to a traffic camera, a couple in the Western Cape were bust by traffic cops.
Image: Western Cape government

A couple who allegedly showed their middle fingers to traffic cameras in the Western Cape received a swift dose of karma.

“Moments later, they were arrested for speeding and driving with an expired licence,” said Ntomboxolo Makoba-Somdaka, spokesperson for transport MEC Bonginkosi Madikizela.

“Beware if you wilfully disobey and disrespect provincial traffic services in the Western Cape — we will get you,” Makoba-Somdaka said on Facebook.

The couple was filmed passing an average-speed-over-distance camera in a white BMW convertible.

The technology calculates the average speed of a vehicle, measured from the time it passes a camera until it reaches a second camera a fixed distance away.

The Western Cape installed its first average-speed-over-distance system in 2011 on the R61 between Beaufort West and Aberdeen.

KwaZulu-Natal piloted the technology on the N3 in 2010.

Gauteng traffic police have warned motorists of the danger they face speeding, after nabbing a driver for allegedly clocking 200km/hour
News
1 year ago

Cape Town has won the go-ahead from the directorate of public prosecutions to fine the owners of unlicensed vehicles identified by ...
News
2 years ago

Most drivers rate their performance behind the wheel as excellent or better - but road accidents tell a different story.
News
2 years ago
Next Article