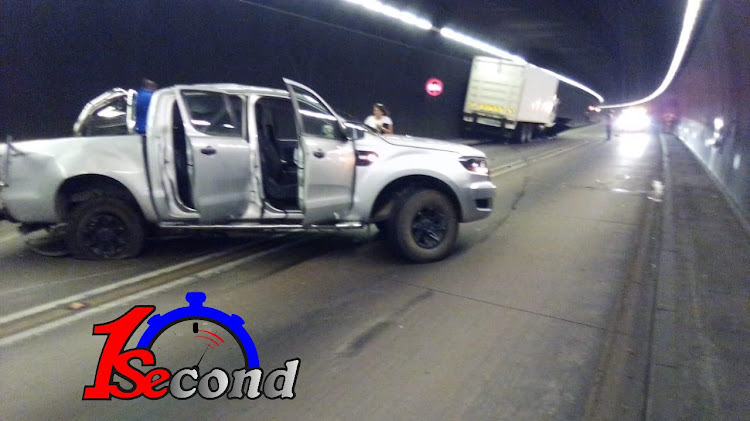 A bakkie and a truck were involved in a head-on collision inside the Huguenot Tunnel on Monday.
Image: Twitter/1SecondLater

The N1 highway in the Huguenot Tunnel, outside Cape Town, was closed on Monday afternoon following a collision between a truck and a bakkie.

According to preliminary reports, two people were injured - one of them seriously.

"The tunnel is closed. Motorists should please use the old Du Toit's Kloof Pass," said Africa.

Families and colleagues of police officers who died after a drunk driver rammed into a roadblock are not satisfied with the sentencing handed down at ...
News
1 year ago

A video trending on social media, shockingly recorded by the driver, shows a South African motorist traveling at 308 km/h on the N1 highway
Motoring
1 year ago

Two people succumbed to their injuries after a collision between two trucks which caught alight in the KwaZulu-Natal Midlands on Friday morning.
News
1 year ago