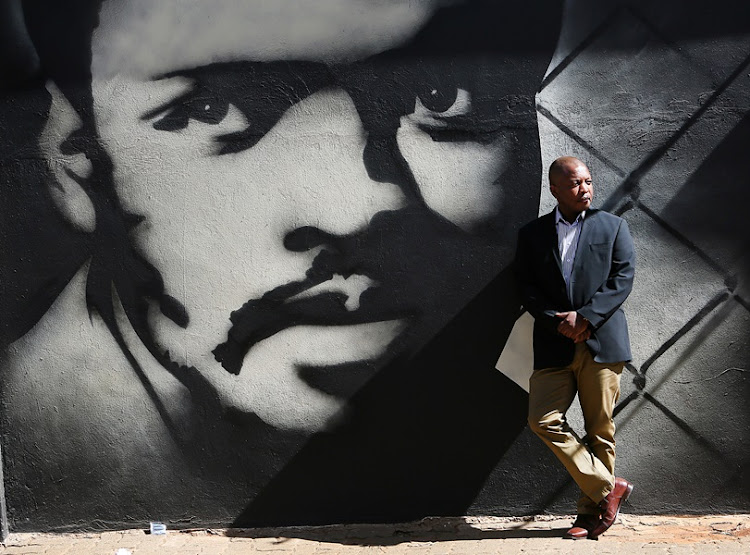 It is heartless to take someone’s life and then deprive them of the right to say “I fought 'til the end”, says the son of Steve Biko on the fresh inquest into the death of Neil Aggett. Both anti-apartheid activists, Biko and Aggett, died in police detention without trial.

Nkosinathi Biko, representing the Steve Biko Foundation, attended the first day of the inquest at the High Court in Johannesburg on Monday.

LISTEN TO WHAT BIKO HAD TO SAY:

“Neil Aggett, Ahmed Timol and many many more ... Our research has thus far got 120 names of people who were victims of torture and death in detention, many of them having been arrested healthy and then emerging out of police detention as corpses,” he told TimesLIVE.

“On that list, about three explanations are regurgitated: jumped from some floor, usually high enough to justify death, hanged himself or slipped on a bar of soap, and this is usually to deal with any trauma that may have been visible on a person’s head, such as the case with Steve Biko,” he said.

Tears well in Jill Burger’s eyes when she speaks of her brother, Neil Aggett, a trade unionist who died allegedly at the hands of the security police ...
News
1 year ago

His father was 30 when he died in police custody in September 1977. He was arrested in Port Elizabeth, where he was stripped naked, shackled and interrogated for days on end. He was then taken to Pretoria for medical attention. At first, police said he died from a hunger strike. Later, they said Biko hit his head against a wall during a scuffle. An inquest into his death found that no person was responsible for his death. The police officers who were allegedly behind the deadly interrogation filed an amnesty application, but did not give details of what led to Biko’s death.

As officers were expected to take to the stand to testify in the Aggett inquest, Biko said: “I have learnt in the case of Steve Biko, at the TRC, where one thought the process was designed to benefit even the perpetrator, that people would be coming forth and telling the truth ... I have learnt that it doesn’t happen. So we shouldn’t go in with those kinds of expectations, but we should go in with a determination that the truth lies somewhere, with some of the people who may be able to reveal new evidence that takes us to a different account of the last days of Neil Aggett,” he said.

This inquest into Aggett’s death comes 38 years after he was found hanging in a police cell in the infamous John Vorster Square police station in the Johannesburg CBD. There, he was imprisoned and interrogated for more than 70 days. An inquest in 1982, just months after his passing, ruled his death suicide, a claim his family refuted. They waited for years to have a fresh inquest approved and held.

“Yes, the wheels of justice grind slowly, but they will grind slower if we don’t put pressure behind our institutions,” Biko said.

As the fresh inquest into 1982 death of trade unionist Dr Neil Aggett, who died while in police custody, started on Monday, his family has called on ...
Politics
1 year ago

But Biko said it was still possible for the court to find other role players. “This case is just in the reach of the law because the one person who was spearheading this may be dead, but there may others who come out of the woodwork. This happened in 1982 and the average age of those people would be about 65 or thereabout. In the case of Steve Biko, they would be about 75 ... So this particular one is exciting, because if not the perpetrator then certainly witnesses and fellow activists, who were tortured similarly or by the same team, are still there to place on record the heroism of Neil Aggett,” Biko said.

He said in his father’s case before the TRC, they only managed to get one person to speak some truth about his father’s killing. “We were able to get one person who seemed to be facing death who wanted to get into a conversation about what possibly happened and we were able to accept some information that we didn’t have before,” he said. This process, he said, would hopefully bring closure to Aggett’s family.

Aggett’s sister, Jill Burger, returned to SA from England this week to, hopefully, put this chapter to rest.

“I suspect it will be a relief to the family to have a file that says Neil Aggett was tortured violently and was killed, as opposed to a file that says he killed himself. It’s double jeopardy to take someone’s life and then to take away from them even the last word that says ‘I fought til the end'," said Biko.

The original records of the 1982 inquest that cleared state security police of any wrongdoing in the death of trade union organiser Dr Neil Aggett ...
News
1 year ago