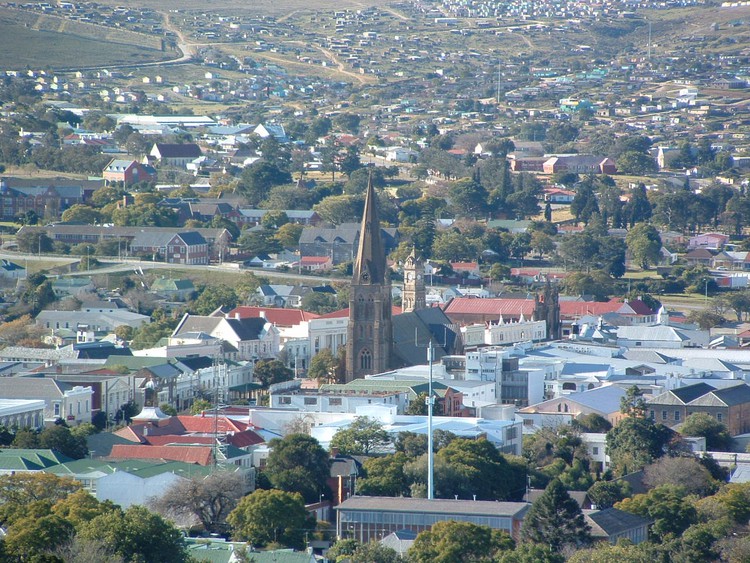 The Makana municipality (located in Makhanda, formerly Grahamstown) intends to appeal against a judgment that dissolved it for violating its constitutional mandate.
Image: GroundUp/Tim Giddings (via Wikipedia, public domain)

The Makana municipality has announced its intention to appeal against the judgment handed down last week in the Makhanda High Court that ordered the municipality to be dissolved and put under administration.

Judge Igna Stretch found that the municipality had violated its constitutional mandate by failing to provide basic services to the community.

In a speech delivered in Makhanda on Wednesday, executive mayor Mzukisi Mpahlwa said that Makana municipality had “reasonable grounds to appeal” the judgment.

The application was made last year by the Unemployed People’s Movement and other civil society organisations. They accused the Makana municipality of corruption, failure to provide water and sewerage services, and serious neglect of municipal infrastructure.

On Tuesday, Judge Igna Stretch said the municipality failed to provide services to the community and was thus in breach of the constitution.
News
1 year ago

Judge Stretch wrote that the municipality’s conduct has been “inconsistent with the 1996 constitution of the Republic of South Africa”, breaching section 152 (1) and section 153 (a) by “failing to promote a healthy and sustainable environment for the community”.

However, Mpahlwa said the municipality had made major “strides” towards financial recovery and the provision of basic services.

“Our financial situation has changed. We are now able to pay our current creditors as they fall due,” said Mpahlwa.

He said that “progress was made with water supply in difficult circumstances during the current drought”. He cited a project to upgrade the James Kleynhans water treatment works, which would “then be sufficient to supply the entire Makhanda from that sustainable water source”.

He also said the municipality had improved governance, establishing a committee to monitor financial oversight.

“As this council we have committed ourselves to turn Makana municipality's state of affairs around. This will be possible with the assistance from the interventions of provincial and national government,” said Mpahlwa.

Mpahlwa said the municipality was “confident that our legal team will deal with these issues”.

Residents in community groups on Facebook have expressed frustration at the decision to appeal, saying that it will waste money and delay action to fix the municipality.

The Makhanda high court on Tuesday ordered the Makana municipality to be dissolved and placed under administration for violating its constitutional ...
News
1 year ago

The parents of a four-year-old child who died, apparently after a jungle gym fell on him in a playground in Riebeeck East, want compensation from the ...
News
1 year ago

On Thursday, the Makhanda (formerly Grahamstown) High Court heard an application by the Unemployed People’s Movement (UPM) to dissolve the Makana ...
News
2 years ago