Pupils in 'dangerous situation' were rescued from river at Nyati lodge

Image: Alon Skuy A protest was held outside Parktown Boys' High on Tuesday. On the same day, Enoch Mpianzi's parents and a SAHRC delegation visited the North West lodge where Enoch died.

The Nyati Bush and River Break lodge has confirmed that facilitators at the camp had to help three groups of pupils “in a dangerous situation” get out of the river, when they entered deep water with a strong current on improvised rafts.

The lodge, through a statement by its legal representative Daniel Eloff, on Wednesday sought to clarify the circumstances around the death of grade 8 pupil Enoch Mpianzi, who  disappeared during the activity. 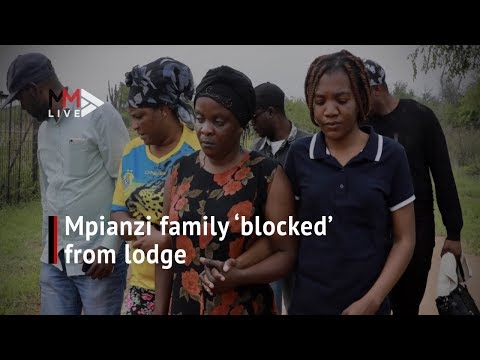 The pupils arrived at the lodge late and immediately took part in a land-based stretcher-run.

Afterwards they got into teams and “had to pass through about 20m of a shallow bend on the outside edge of the riverbank, with one member on a stretcher which had to be improvised as a raft, supported by four tubes, and the remaining team members supporting and steering the tubes and stretcher.

“The children participating in the activity were excited and competitive. The groups were eager to finish first and started to overtake each other in the water. That created a dangerous situation as groups — despite clear instructions to the contrary — tended to move into the deep end of the river where the current was stronger than in the shallow water.

“The facilitators had to help three groups to get out of the water. At no stage did the facilitators notice that any of the group members were swept away, but the specific activity was immediately terminated when the dangers were realised,” Eloff added.

He said after the activity there was a hike and supper, followed by a sleep-out in the veld. On Wednesday evening, roll-call was held by the school staff, where it was realised that eight pupils were unaccounted for.

“Unfortunately, no roll-call was held at the school before the departure of the learners, so there was uncertainty among the school staff as to whether the eight absent learners were actually attending the camp at all,” Eloff said.

He said after the school contacted the parents of the eight unaccounted-for pupils, it became apparent late on Thursday morning that Mpianzi was missing.

Eloff said the staff and management of the lodge expressed “our deepest condolences to  the Mpianzi family following this tragic loss. We share the pain of Enoch's loved ones. Our staff are also receiving counselling for the trauma and shock.

“Nyati Bush and River Break will provide full co-operation and assistance to all investigations conducted, as well as provide access to the property.”