Coronavirus: what it is, what we know so far and what SA is doing 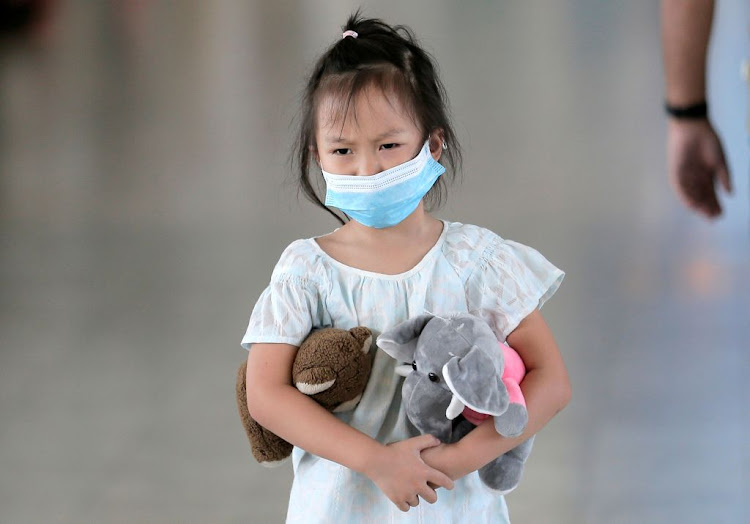 A girl wears a mask as she walks past a scanning machine monitoring people's temperature following the new coronavirus outbreak from China, at Bandaranaike international airport in Katunayake, Sri Lanka, on January 24 2020.
Image: REUTERS/Dinuka Liyanawatte

An obscure virus in another part of the world, or an impending global outbreak that could hit SA?

This is the question on everyone’s minds as novel coronavirus quickly becomes a household name after an increasing number of deaths are reported from China in the city of Wuhan, and other non-fatal cases reported internationally.

What exactly is novel coronavirus?

This is a newly identified virus that causes pneumonia-like respiratory illness and potential failure, and is thought to have originated from snakes (but possibly bats too) in a large animal market in Wuhan, China.

It is classified among the other types of viruses called coronaviruses because of how it appears as a halo under a microscope.

Symptoms include a fever, coughing, shortness of breath, rapid breathing, a sore throat and a runny nose.

China cut off all urban transport networks into and out of Wuhan on Wednesday as global alarm mounts over the coronavirus, a flu-like virus spreading in and beyond China. The World Health Organisation (WHO) said it will decide on Thursday whether to declare a global emergency over the outbreak.

South Africa's department of health said on Thursday port health authorities have enhanced surveillance for all travellers from Asia, especially ...
News
2 years ago

What do we know so far about the outbreak?

By lunchtime on Friday, the death toll stood at 26 (out of 800 confirmed cases) and according to The Guardian, most of these were in Hubei province in central China. Two deaths, however, are further afield: one man died just outside Beijing, and another died on the northeastern border of the country within a stone’s throw of Russia.

At the epicentre of the outbreak is the city of Wuhan, which is the capital of Hubei Province and has more than 11-million residents.

The city has acted swiftly: it is under a transportation lockdown with all trains and planes in and out of the city suspended, while a new 1,000-bed hospital is being built to deal specifically with the outbreak.

“Authorities expect to have it completed next week,” The Guardian reported.

While no deaths outside China have been reported, cases have appeared.

Japan has registered two cases, as has South Korea — all of which involve travellers who were in Wuhan in the past few days. Thailand has five cases, and in Seattle, US, one case has been reported.

What is SA doing to prepare?

On Thursday, the department of health released a statement calling on South Africans not to panic and saying preventive measures were being put in place.

The department said that port health officials routinely conduct temperature screening for all international travellers, but that due to the high risk of novel coronavirus coming in from Wuhan, “port health authorities have enhanced surveillance of all travellers from Asia, especially China”.

They said it was fortunate that OR Tambo and Cape Town International Airports are the only ports of entry with direct flights from Asia, and that SA has developed and distributed clinical guidelines and case definitions to doctors and nurses in both the public and the private sectors.

The World Health Organisation (WHO) said it will decide on Thursday whether to declare a global emergency over the outbreak of the coronavirus ...
News
2 years ago

Provinces have activated outbreak response teams and are on high alert to detect and manage inadvertent cases that may arrive in the country, the SA health department said.

There are currently no restrictions on travel to China but the department of health advises travellers to Wuhan to avoid contact with animals, and encourages good hand hygiene and cough etiquette to reduce the risk of infection with respiratory viruses.

The National Institute for Communicable Diseases (NICD) confirmed that it had “put in place systems to rapidly identify and detect any imported cases in SA”.

It had worked with the department of health on clinical guidelines for health professionals in the public and private sector, and this had included “what samples to collect to confirm the diagnosis as well as how to best manage the case clinically and to prevent spread to others while the diagnosis is being made”.

We are monitoring the situation and are on alert. We will keep passengers updated should screening of travellers and mitigation measures become necessary. In the interim, passengers are encouraged to keep in touch with their airlines regarding travel health and safety advice.

What does the World Health Organisation say?

The World Health Organisation met twice this week to discuss whether the outbreak should be handled as a Public Health Emergency of International Concern or not. Though views were divided, it decided against it and will meet again in nine days’ time (or earlier if so required).

It said in a statement, “It is expected that further international exportation of cases may appear in any country. Thus, all countries should be prepared for containment, including active surveillance, early detection, isolation and case management, contact tracing and prevention of onward spread [of the novel coronavirus infection], and to share full data with WHO.”

So what will happen if it is declared a Public Health Emergency of International Concern at some stage?

What this means is that the WHO would have made a formal declaration of an extraordinary event that requires a co-ordinated international response. In that case, under International Health Regulations, all member states would have a legal duty to respond promptly and co-operate with one another.