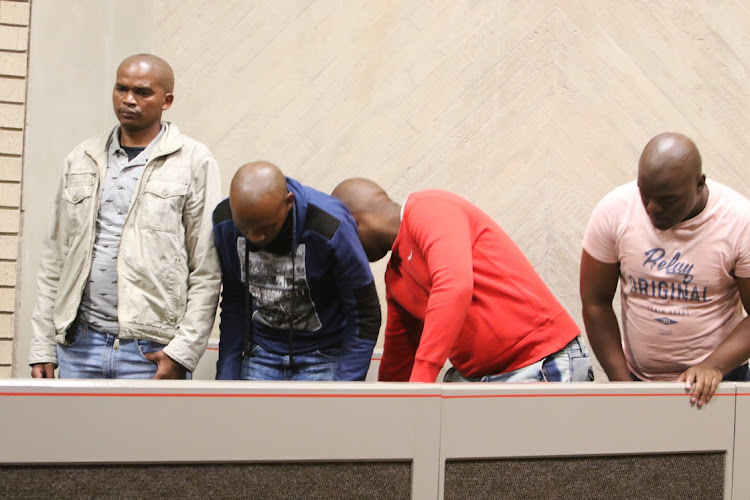 Akhona Thonto, Malibongwe Lugalo and Yandisa Masimini and Mkhanyisi Qalingoma were this week acquitted by the Mthatha High Court of the February 22 2014 murder of British tourist and scuba diver Jeremy Andrew Brooke. But they were found guilty of robbery with aggravating circumstances, unlawful possession of firearms and possession of stolen goods, including a motor vehicle.
Image: LULAMILE FENI

Five men accused of killing a British tourist in 2014 have been found not guilty by the Mthatha high court.

Jeremy Brooke, 32, was shot in the chest and face during a botched midnight robbery at Nkanya Lodge in Elliotdale on February 21 2014.

On Wednesday the five accused, one of whom is dead, were found not guilty, ostensibly because of conflicting evidence.

Judge Buyiswa Majiki did, however, find them guilty of robbery with aggravating circumstances and possession of stolen property, including a motor vehicle and other valuable goods, as well as possession of firearms.

Speaking on behalf of the victims, De Valle told DispatchLIVE they were “very disappointed” that the accused had been found not guilty of the murder.

“The trial was done in common purpose from the outset. We cannot believe it that five years and 11 months down the line we come to this conclusion. The NPA must appeal the decision, and they will win. The accused made confessions to the murder and evidence was overwhelming. The verdict is incorrect,” De Valle said.

In the years since his arrest, Sigagayi escaped police custody twice before he was eventually shot dead in a gang-related incident in Cape Town on July 31 2017.

Handing down judgment, Majiki said evidence presented showed that two firearms had been handled by two people during the attack.

"[Qalingoma] admitted to Brig McLaren that he had shot the deceased by mistake. The only cartridges found on the scene were from the firearm recovered from [Sigagayi].”

The judge said that in his statement Thonto said he and Qalingoma had struggled with Brooke. Thonto said Sigagayi had then shot Brooke.

“Two versions were presented by the state, hence the court under the circumstances is unable  to reach a conclusion as to who of the accused between [Thonto] and [Qalingoma] discharged the fatal shot.

“Where there is doubt, it works to the benefit of the accused. The state must prove its case beyond reasonable doubt. This was also made worse by the absence of a common purpose charge,” Majiki said. 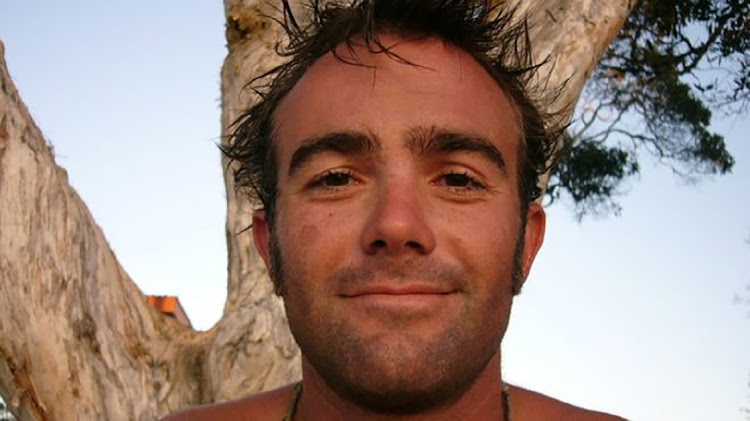 In the wake of the judgment, prosecutor Nomapha Mvanda said the state would make an application to appeal the ruling.

Despite not finding the men guilty of murder, Majiki  described them as poor witnesses who evaded questions.

The case was postponed to January 29 for pre-sentencing procedures.

NPA spokesperson Luxolo Tyali said: “We will wait until the finalisation of the case and see if we can appeal.”

In an interview with BBC News in September, Brooke’s mother, Marian Brooke-Morris, said her son had been born in South Africa but had dual citizenship.

Girl, 16, rescued after being 'forced' into marriage

Speakers at Anele Luntinto's funeral made it clear they believe that jealousy over his spectacular run of wins - and feuds over cattle and horses in ...
News
1 year ago

Suspect due in court for 'robbing' tourists in Khayelitsha