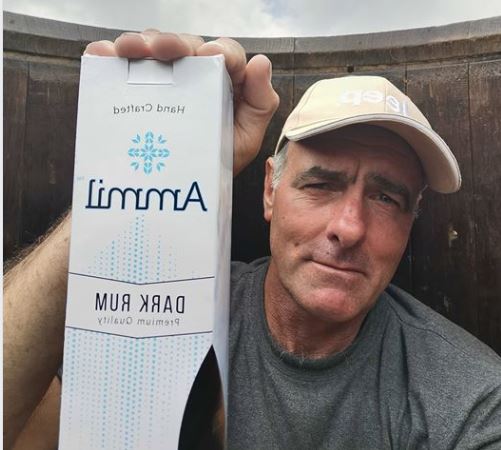 Vernon Kruger has been sitting in a barrel for 70 days to raise funds for charity. His aim is to stay in the barrel for 80 days.
Image: Facebook/Up The Pole In Dullstroom

Vernon Kruger has written his name in the history books for a second time after he broke the record for sitting in a wine barrel for 70 days, breaking his previous record set in 1997 when he was 29.

Kruger told Sky News: “I have broken my own record now. Twenty-two years ago I broke the British record of 54 days. I took it to 67 days. This time I'm going to try push it to about 80.”

He has been documenting his journey through his Facebook page, Up The Pole in Dullstroom, and has been receiving support and donations from  family and community members.

He hopes to raise R60,000, which he will donate to two local non-governmental organisations, Epilepsy SA Dullstroom and SAVF Belfast Children's home.

In 1997, he donated all the money raised to a Johannesburg children's home, according to  Jacaranda FM.

Our days are drawing to a end ,still needing to raise R60 000 to reach our target. All for a good course Epilepsy SA...

Posted by Up The Pole In Dullstroom on Thursday, January 23, 2020

Sitting in the barrel set on top of a 25m pole has seen him endure extreme weather conditions, but the support and warm greetings from his supporters have kept him going.

Up The Pole In Dullstroom

Kruger said he will auction the barrel at the end of his stay.

Formula One and the organisers of a Miami Grand Prix planned for 2021 have changed the proposed layout and race schedule after objections from local ...
Motoring
1 year ago

Before the start of the Australian Open, the first grand slam of the season, it looked like a new era for women's tennis was on the horizon; that was ...
Sport
1 year ago