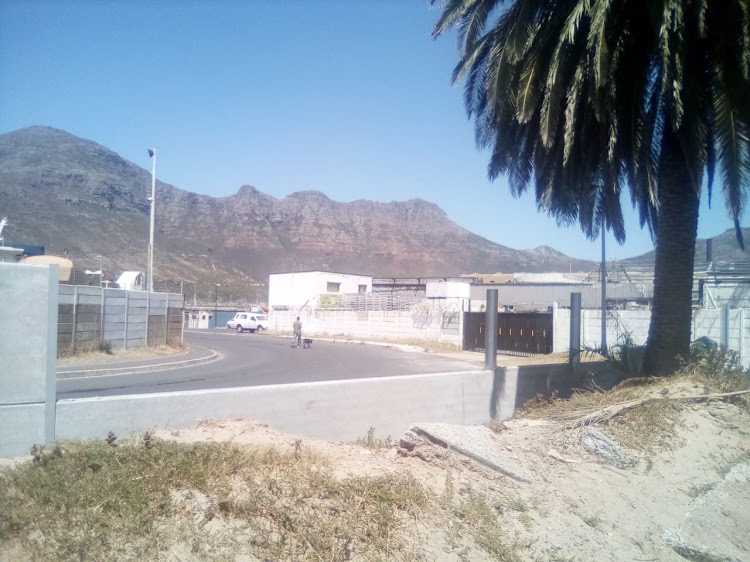 Photographs of the damaged section of the new security wall in Hout Bay show panels missing and smashed on the ground.
Image: Supplied

“We are working in fear and we don’t know what will happen,” Feni-Gela told TimesLIVE.

Pictures of the damaged section show large wall panels either missing or smashed on the ground.

The wall is part of a public works small harbour upgrade programme spanning several small fishing harbours that have fallen into disrepair due to a combination of poor maintenance and security problems.

After being contacted for comment, the department of public works and infrastructure said it was preparing a response.

Vandalism and theft are a particular challenge for Hout Bay harbour, which adjoins the historic fishing community of Hangberg on the slopes of Sentinel Mountain overlooking the bay.

Service delivery protests in Hangberg have spilled over to the harbour in recent years, resulting in damage to buildings and the harbour’s marina.

During one incident, the harbour master’s office was destroyed and protesters harassed tourists disembarking from tour buses.

Hangberg community leaders last year objected to the new wall, claiming they had not been consulted about the harbour security plan. Some residents said they were being cut off from the harbour precinct by "a Berlin wall".

Some private business stakeholders have threatened legal action against the public works department due to concerns about the security measures impacting upon visitor numbers.

Harbour stakeholders are also concerned about a delay in the Hout Bay harbour slipway repair, which is incomplete after several months. The slipway was also damaged during recent community protests.

Feni-Gela said it was unclear when the slipway would be back in service: “Public Works have not confirmed when (it will be complete). We are waiting for engineers. It is frustrating.”

The R35m Hout Bay upgrade includes plans for a 50m "shark tooth" floating barrier of the kind used in the Persian Gulf to deter terrorist attacks. The department also plans to install 24-hour video surveillance and a radio communication system.

A truck was torched and police are on high alert in Cape Town after a public meeting in Hangberg, Hout Bay, where a service delivery discussion ...
News
2 years ago

Legal action looms over plans for a spike-encrusted floating anti-terrorist barrier and other security measures at one of Cape Town’s most popular ...
News
2 years ago