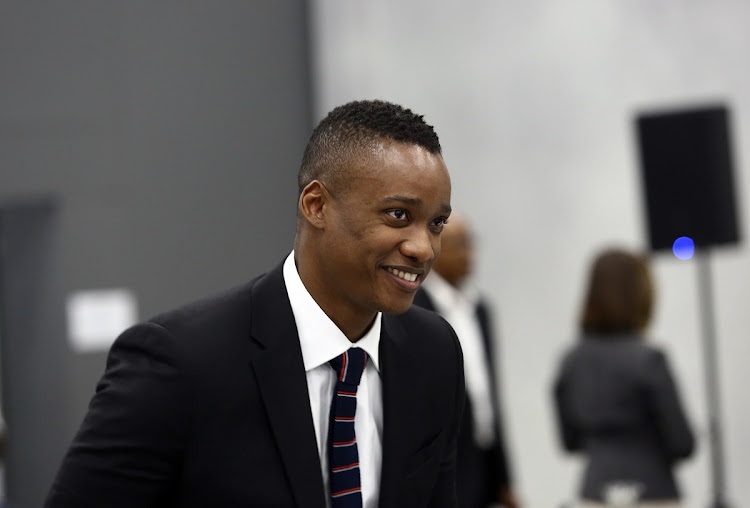 All eyes were on Duduzane Zuma as he again stole the show at an ANC rally, this time in Port Shepstone, KZN.

In a viral video, the show-stopper arrived, as usual, with a squad of bodyguards in black suits, shortly after the official programme started.

Soon after, chaos similar to that which unfolded during his appearance at the ANC's 108th birthday dinner in Kimberley played itself out after many started taking selfies with him.

Duduzane Zuma Causes Commotion As He Arrived At A Certain ANC Rally In KZN. #DuduzaneZuma pic.twitter.com/Qg3bYVUxg4

Another previously unseen video of #DuduzaneZuma arriving at Ugu sport and leisure in Port Shepstone for an ANC rally. He caused a commotion that irked people like KZN Transport MEC, Bheki Ntuli. #ANCKZN108 pic.twitter.com/spuH4RO9dR

All these #DuduzaneZuma tweets are killing me. He is to SA women what Mihlali is to SA men. 🤣

#DuduzaneZuma should just be our next president, I wouldn't mind voting for him😍😍😍he is so appetizing 🤭 pic.twitter.com/SLelB9MNV2

Former president Jacob Zuma skipped the ANC’s birthday celebrations this weekend, for the first time since he stepped down as party leader in 2017.
News
1 year ago

Former president Jacob Zuma’s son Duduzane Zuma was the centre of attention at the Tafel Lager Park stadium in Kimberley where the ANC is hosting its ...
Politics
1 year ago