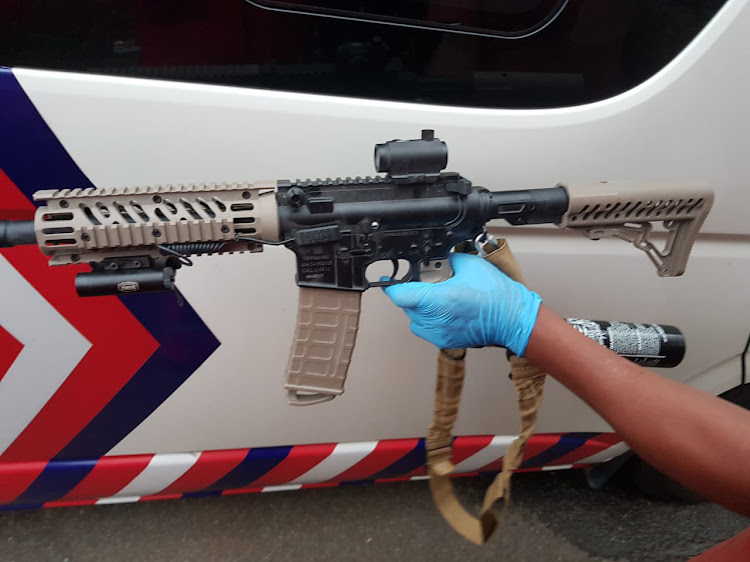 The paintball gun used to shoot a paramedic who arrived to treat a patient with a knife embedded in his stomach.
Image: ER24

Paramedics who went to help a man with a knife embedded in his stomach were forced to take cover when he opened fire on them with a paintball gun, using solid ammunition, in Durban on Thursday.

The medics arrived at the home of the 43-year-old man in Glenwood just before 5pm.

“Upon arrival at the property a woman and her daughter opened the gate for the paramedics. They were escorted to the kitchen where they found the man with a large knife in his stomach,” said ER24 spokesperson Werner Vermaak. 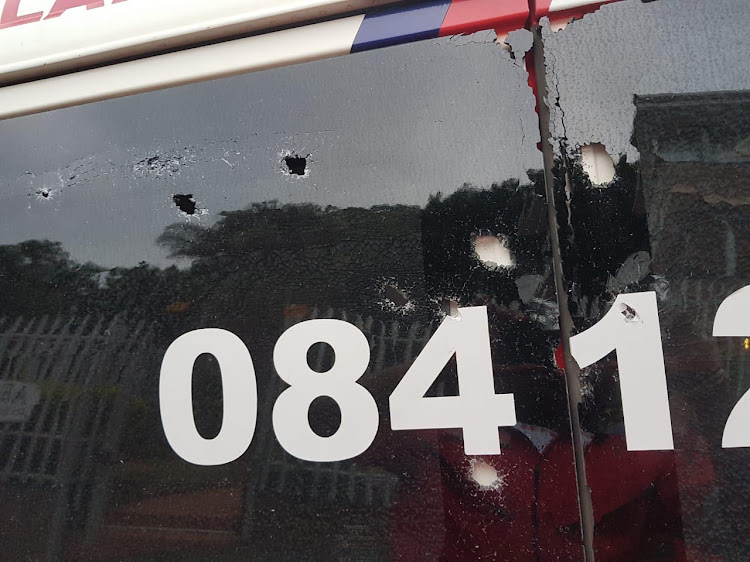 “According to the paramedics on the scene, the man pulled the knife out of his stomach and started to threaten them. They immediately called for further assistance.

“Moments later the man produced a paintball marker and started firing solid ammunition at the paramedics and their vehicle.

“Multiple rounds damaged windows on the side of the ambulance,” he said.

“Fortunately, the paramedics were able to find shelter behind the vehicle and were not hit by any of the rounds.”

Vermaak said police arrived on the scene and the man later calmed down.

He refused to be treated and was taken by another ambulance, under police guard, to a nearby hospital.

Vermaak said a case would be opened at the Umbilo police station.

Eastern Cape ambulance drivers and their assistants are appealing for protection from community members following a spate of robberies while on duty.
News
2 years ago

An ambulance assistant was left temporarily blinded after he was sprayed with a liquid during an ambulance robbery in Ntuzuma E section, north of ...
News
1 year ago

The anguish of Eastern Cape residents over ambulance delays in the province was felt by the chief of staff in health MEC Sindiswa Gomba’s office on ...
News
1 year ago