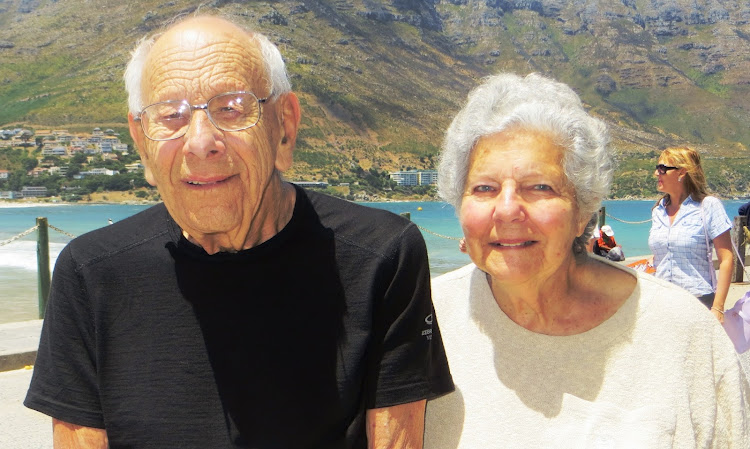 Aubrey Jackson and Rosalie Bloch. They were murdered at their home in Mowbray on May 5 2018.
Image: Supplied by the SA Police Service

Western Cape police are offering a R100,000 reward for information that will lead to the arrest and successful prosecution of the suspect or suspects responsible for the murder of struggle activist Rosalie Bloch‚ 84‚ and her partner Aubrey Jackson‚ 96.

They were tied up and murdered in their Cape Town home on May 5 2018 during a house robbery, said Col Andrè Traut. Last March, police offered a R60,000 reward in their hunt for the killers.

Bloch was an active member of the Black Sash, the Women’s Peace Movement and the Detainees Parents Support Committee in the 1970s and 1980s.

At a memorial service for the couple at the Baxter Theatre in Rondebosch in 2018, her son, Shaun, said she had offered a refuge for his brother Graeme and sister-in-law Cheryl Carolus during the apartheid era.

Another brother, Lance, told mourners: “I want to speak to the ones who did it. It was in the same living room that was also the home for UDF [United Democratic Front] activists that my mother was killed. They walked past the same dining room table around which we, as a family, came together, and killed Aubrey.”

The ANC has condemned what it called the brutal‚ callous and cold-blooded killing of the elderly parents of activist Graeme Bloch.
News
4 years ago

Other tributes were delivered by Carolus and former finance minister Trevor Manuel, who said he used to visit the murdered couple’s home.

“We came into the house as part of a group of crazy 30-something-year-old activists who believed we could change the world,” he said.

“We were tolerated in the most amazing fashion by Rosalie in that home for meetings. People like ourselves from the [Cape] Flats had never seen the splendour of the house and the door was always open to us.

“Aubrey and Rosalie were not rich and did not spend their lives gathering material stuff. They worked with youth on the Cape Flats. They are defined by the exemplary lives they led. These were heinous acts and we call for justice to be done.”

The ANC, extending its condolences to the pair's families that same year, condemned “the cowardly act visited on the defenceless and elderly”.

“It is disheartening to note that we still have among us‚ those who are determined to trample on other people’s right to live, driven by selfish and cruel intentions,” said the ANC. Urging police to find the culprits, the party added, “We further call on all South Africans to act in concert to ensure that criminals have nowhere to hide wherever they seek refuge.”

Traut said anyone with information that can help the investigation can contact the investigating officer, Det-Sgt Kevin Kok, on 064 352 5493. Alternatively, Crime Stop can be contacted on 08600 10111.

Police are searching for a man who hijacked a 69-year-old woman's vehicle in Pinetown, west of Durban, on Monday
News
2 years ago

It was during routine stop and search operations that police discovered the plight of 79-year-old Sisana Muad Mbinambina who lived in a one-room ...
News
2 years ago

A 61-year-old and a baby were treated in hospital after a motorist ploughed into them in Ventersburg, Free State.
News
2 years ago