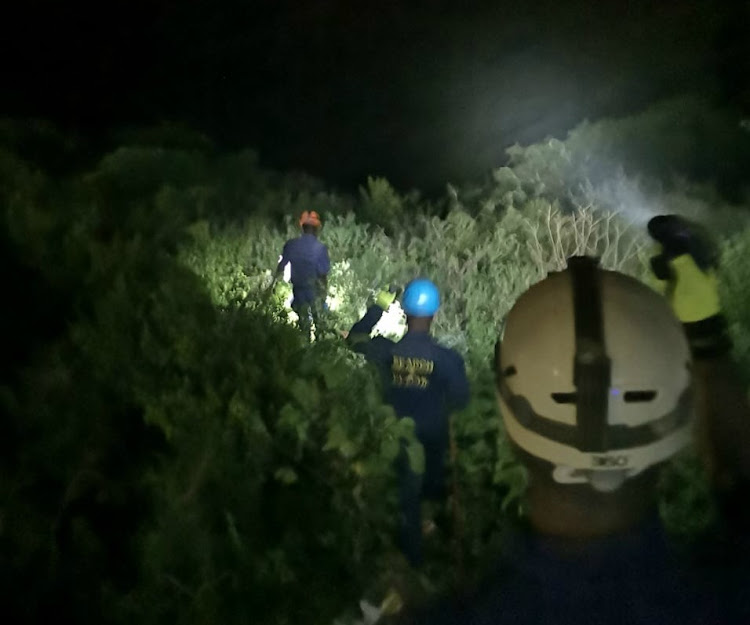 A police search and rescue team retrieved the body of a man who was allegedly killed by police after he opened fire on them in Inanda, Durban
Image: Supplied

Police allegedly shot and killed a 23-year-old man who opened fire on them during a stop-and-search operation in Inanda, north of Durban on Friday night.

Police spokesperson Col Thembeka Mbele said a police team was conducting an operation in the Congo area of Inanda when the man allegedly drew a firearm and shot at them.

Police search and rescue officers were dispatched to help retrieve the man's body from the bottom of a steep embankment.

Mbele said an inquest docket has been opened and cases of attempted murder and possession of an unlicensed firearm and ammunition were being investigated.

Two siblings were stoned to death at Letebejane Village, Limpopo, during an apparent mob justice incident on Monday
News
1 year ago

Three suspects were killed and two others critically injured when a vehicle they had allegedly stolen overturned during a high-speed police chase ...
News
1 year ago

Police are investigating a shooting incident in which a 25-year-old man was killed on a busy street in Pinetown, west of Durban, on Tuesday.
News
1 year ago
Next Article