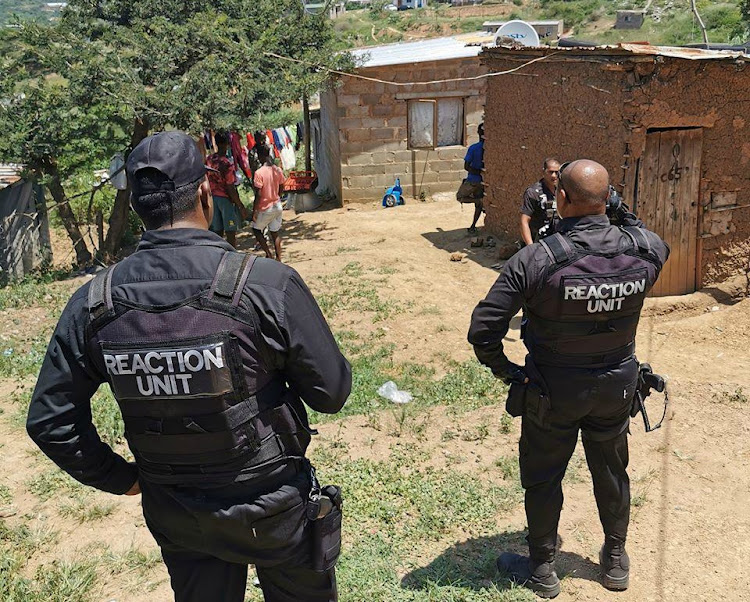 Officers from the security company Rusa were called to the scene of an apparent murder-suicide in Verulam on Monday.
Image: Supplied

A KwaZulu-Natal mother and her two toddlers were found dead in their Verulam home, north of Durban, in an apparent murder-suicide on Monday.

According to security company Reaction Unit South Africa (Rusa), they were called to the home by the woman’s two other children, aged 10 and 12.

“Reaction officers and medics proceeded to the residence and on arrival found the mother lying on the floor.

"Two boys aged two and three years were on the bed.

"The bed sheet used to hang them was tied around their necks. The television in the living room was turned on,” said Prem Balram, Rusa spokesman.

He said the two older children had been sent to a nearby shop.

“When they returned they found their mother and two brothers hanging from a rafter.

"Upon hearing the two girls screaming, residents ran to the home and cut down the three bodies,” said Balram.

Police spokesperson Col Thembeka Mbele said an inquest docket into a double murder had been opened after a mother "hanged two of her children before killing herself".

"It is alleged the woman gave her two other children pills to drink before sending them to the shop," said Mbele.

Police allegedly shot and killed a 23-year-old man who opened fire on them during a stop-and-search operation in Inanda, north of Durban on Friday ...
News
1 year ago

Three suspects were killed and two others critically injured when a vehicle they had allegedly stolen overturned during a high-speed police chase ...
News
1 year ago

The Durban high court has dismissed an application by Mohammed Ebrahim, the man accused of killing Sydenham schoolboy Miguel Louw, to have the murder ...
News
1 year ago