A railway finance manager who was fired after approving R5.5m in irregular expenditure on hire cars has failed in a court bid to get his job back.

Mbulelo Ngxonono, 56, was the Passenger Rail Agency of SA’s (Prasa's) senior finance manager in the Western Cape when the auditor-general raised a red flag.

He faced 10 disciplinary charges of gross misconduct, gross dereliction of duty and gross insubordination, and was fired in 2016 after being found guilty on four of the charges. 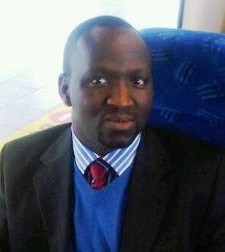 After the Commission for Conciliation, Mediation and Arbitration dismissed Ngxonono’s appeal against his firing, he went to the labour court in Cape Town, which dismissed his case on January 31.

Judge Hilary Rabkin Naicker said: “Given the gravity of the charges, as well as the senior position occupied by [Ngxonono], the decision by the commissioner not to interfere with the sanction imposed is reasonable and I find no basis to set this aside.”

According to the judgment, Prasa’s contract with KE Daniels for short-term car rental expired, but Ngxonono extended it without the approval of the regional manager or group CEO.

“The total amount paid exceeded the contract value in the amount of R5,520,945.77, which had not been approved,” said Rabkin-Naicker.

Ngxonono argued that the vehicles which were hired were used to improve fare collection, meaning the irregular expenditure was self-funded.

“The notion that payments could simply be made out of income surplus to that projected in the income budget, without specific budget allocation of these monies, was repeated by [Ngxonono] a number of times,” said the judgment.

The finance manager had ignored an instruction from the Prasa CEO to ensure there was budget provision before the car-hire contract was extended.

It won’t happen overnight, but Prasa can be put back on track — and the work has already begun

When a machine breaks down and remains broken for almost a decade, to the point where its dysfunction becomes its most identifiable feature, one ...
Opinion & Analysis
1 year ago

"Prasa is broken. We will fix it," the commuter rail agency's administrator said in Cape Town on Thursday.
News
1 year ago

Werksmans Attorneys, a law firm that has been representing the Passenger Rail Association of South Africa (Prasa) in many court battles to regain ...
News
1 year ago