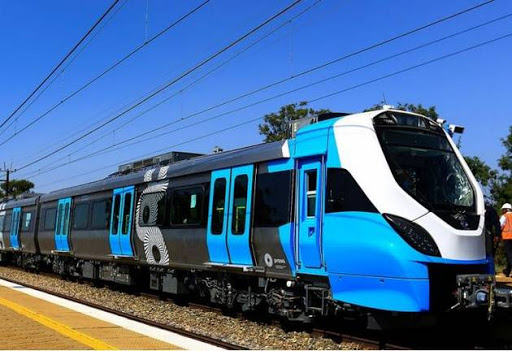 Commuter activist group #UniteBehind has lodged a court application which aims to overturn the minister of transport’s decision to appoint Bongisizwe Mpondo as the administrator of the Passenger Rail Association of SA (Prasa).

GroundUp reported that the application was submitted to the Western Cape High Court on February 4.

In early December, transport minister Fikile Mbalula announced that the interim board of Prasa would be dissolved and instead be replaced with Mpondo as the sole administrator for a 12-month period. He would take on the responsibilities of the entire Prasa Board of Control.

The other respondents in the court application are the National Treasury, Prasa and the minister of finance.

In the affidavit submitted to court, Zackie Achmat, secretariat member of #UniteBehind, writes that the decision to appoint Mpondo as sole administrator will “allow Prasa to operate without any lawful and effective oversight”.

A railway finance manager who was fired after approving R5.5m in irregular expenditure on hire cars has failed in a court bid to get his job back.
News
1 year ago

The affidavit also claims that the minister of transport does not have the power to appoint an administrator in the place of a Board of Control.

“This application is directed at rectifying the unlawful state of affairs at Prasa which, as a result, is currently operating without a Board of Control and accounting authority,” the document reads.

#UniteBehind maintains that the dissolution of the Prasa Board of Control contravenes both the Legal Succession to the South African Transport Services Act and the Public Finance Management Act.

In a media statement, #UniteBehind said: “It is simply impossible that one person can be expected to fix the tragic chaos of our rail service. Without a permanent board filled with people with experience and commitment, we cannot hope to extricate ourselves from this crisis.”

In a media statement released on February 5 — after the #UniteBehind papers had been lodged — Prasa announced that Mpondo had appointed a technical panel of five advisers to assist him with “critical technical expertise” during his 12-month tenure.

#UniteBehind welcomed the appointments of “advisers with real expertise” but noted that they are appointed to “assist with capacity constraints in operations” and that they are not an independent oversight body.

A railway finance manager who was fired after approving R5.5m in irregular expenditure on hire cars has failed in a court bid to get his job back.
News
1 year ago

A law firm is threatening to withdraw its services to the embattled and “broken” Passenger Rail Agency of SA (Prasa).
News
1 year ago

It won’t happen overnight, but Prasa can be put back on track — and the work has already begun

When a machine breaks down and remains broken for almost a decade, to the point where its dysfunction becomes its most identifiable feature, one ...
Opinion & Analysis
1 year ago